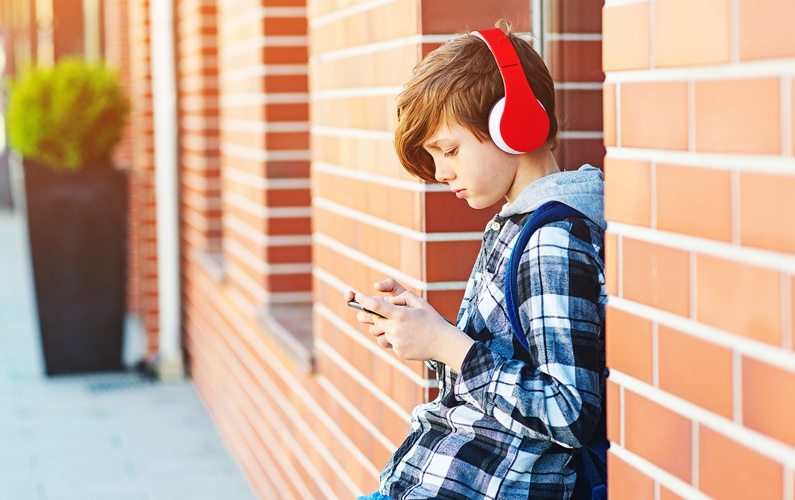 Last fall Gabb Wireless launched a new phone designed especially for preteens. It generated a lot of attention from parents seeking the best phones for their kids. Tech sites called it the “world’s dumbest smartphone.” It was designed to help families communicate with kids while keeping them safe from all the dangers that a full smartphone makes available (like pornography, sexting, cyberbullying, gaming and social media addictions, etc.)

But does it work? Will a teen accept a phone without Tik Tok, Instagram, or Fortnight? And how is the service? We interviewed four parents—Jen, Susan, Sarah, and Justin— who have been using the Gabb phone with their kids to find out.

What is the Gabb Phone?

In fall 2019 Gabb Wireless launched their flagship product: a basic, locked down smartphone designed for kids. The Z1 Gabb Phone, originally priced at $99.99, is now available for only $49.99 and has only the most basic features of a modern cell phone: calendar, radio, camera, calculator, and alarm clock, plus calls and texts. The phone must be used on Gabb Wireless network which blocks group texting and picture texts, helping to protect your child from sextortion and bullying. The service plan costs $19.99/month.

Why Do Parents Buy the Gabb Phone?

The common thread for all the parents we interviewed was that their child needed a phone for coordinating schedules. Most of the kids were 11 to 12 years old and had recently moved from elementary school (where communication is directly to parents) to middle school (where afterschool activities and practices often change without notice to parents). One child was a little older, 15, but the problem was still the same: the need to communicate when the teen was away from home.

If your child doesn't have their own phone, they either have to find a friend who does so they can call you, or you have to hear of things like cancelled practices and meets through the grapevine of parents. After the third or fourth time of my son borrowing his friend's phone to call me, we decided it was time for him to get his own phone. --Sarah

Related: Should You Give Your Kid a Phone? Easy Guide with 3 Great Options: Relay, Gabb and ClearPhone

What Do the Kids Think?

All of the kids responded positively to receiving the Gabb phone.

[The Gabb phone gave my son] a sense of freedom and independence. He’s very excited to be able to call and text friends, teachers, and family.” --Justin

Jen’s son was the only child who had previously had a phone. He had been embarrassed by his flip phone, so “he was glad to get a phone that looked cool,” she said.

None of the kids minded the lack of an app store. However, none of these kids had previously had a full-feature smartphone. The Gabb phone may be a more difficult sell to teens who had previously had a more feature-rich phone. It’s definitely designed to be a child’s first phone experience.

Locked Down for Safety

For the most part, these parents were satisfied with the Gabb phone’s minimalist approach to apps and features.

Phones come with so many features and games that I don't feel kids need. I like how limited the phone is, while still allowing some useful apps, such as calendar and calculator. --Susan

Sarah agreed, saying she liked that her son was “not subject to unsupervised access of all the Internet has to offer. We also don't need to worry about him getting too much screen time, since there isn't all that much he can do on the Gabb phone.”

That being said, there were a few key features the parents would like to see added to the phone.

Again though, all the parents agreed that the missing features were a minor inconvenience compared to the peace of mind of having a safe phone. “Locking it completely down does make it safer and harder for kids to sneak anything on,” said Susan.

The Gabb phone is a low-end smartphone with a plastic body that can be easily damaged. Susan warned, “I wouldn't get it without a case,” though the phone has held up well so far. Justin said he’d love to see a device with a higher quality camera, but that the phone is similar to a “lower to mid quality android phone like many of us have owned over the years.” And for a price point of $100 [now only $49.99], it would be unreasonable to expect the durability of a more expensive phone.

All of the parents affirmed that Gabb Wireless’s network has worked well for them. Both calls and texts go through without problems. Sarah said, “We have not had any issues with service or dropped calls where we live, or even when traveling over Christmas.”

As for customer service, only one parent had experience with them. Justin told us that “they are responsive, respectful and very helpful.” We noticed that the company is quick to respond to posts on social media, making Facebook or Twitter a great way to get quick help.

What is your plan for introducing your child to the good and bad of cell phones? Here are some other articles to help you decide when your child is ready and what kind of phone to start out with:

Should You Give Your Kid a Phone? Easy Guide with 3 Great Options: Relay, Gabb and ClearPhone

*This post includes affiliate links for Gabb Wireless. If you found this article helpful and think a Gabb phone is right for your child, we’d appreciate you supporting our mission at Protect Young Minds! 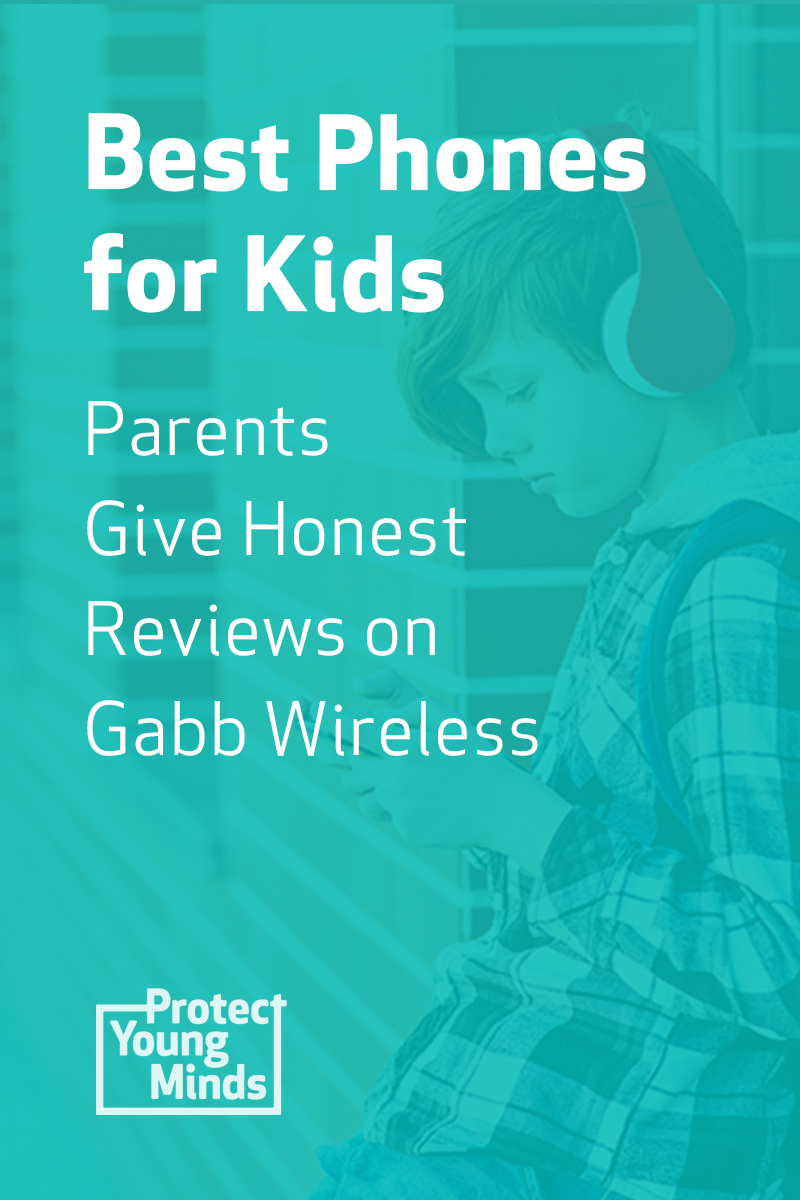