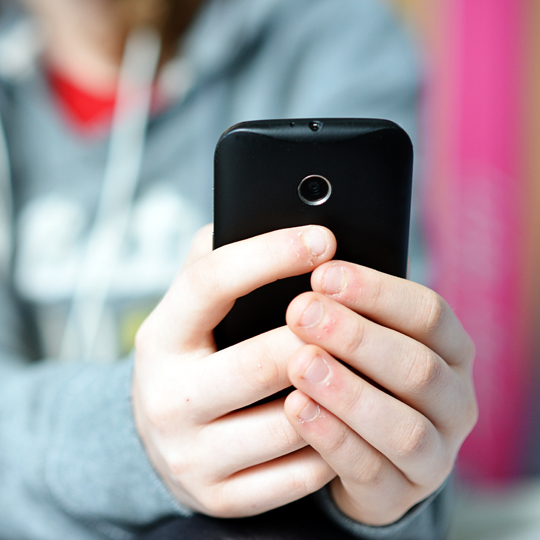 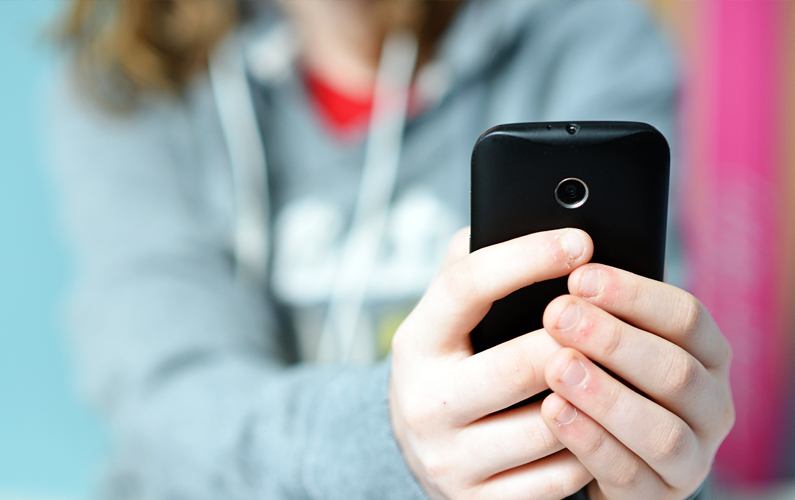 It was disheartening when I read the stats: 7.5 million Facebook users in the U.S. are under 13! I may have even shed tears when I discovered that 5 million of those kids are under the age of 10!

Parents, it’s time we talked about why social media is not smart for middle school kids (and younger).

Learning the hard way that kids are not mini adults

Before we do, I have my own parenting blunder to confess. When my oldest son received his Learner’s Permit, I was so excited for him to drive! As he came out of the written test smiling, I tossed him the key and said, “Take me home, James!”

It took less than a minute for me to realize I had completely underestimated his abilities. He didn’t have a clue how much gas to apply, when to brake, or even how to stay on the road. It’s a wonder we made it home that day alive!

The fault was clearly mine. It sounds crazy when I say it now, but in the moment I never once considered how dangerous his lack of experience would be in this real life situation. (You know, the kind where cars are coming at you from both directions!). In hindsight, an empty parking lot would have been a better place to start.

Give your middle school kids enough time to grow up

If you think about it, it’s really the same with social media. We wouldn’t give an 11-year-old the keys to the car and say take a spin, but unfortunately many parents are allowing kids to navigate the internet before they are mature enough to do so safely.

Besides puberty, there are a lot of other changes middle school kids have to deal with: a new school, friends, cliques, crushes and more. It can feel awkward and uncomfortable getting used to their maturing bodies and growing sense independence.

Middle school life can take an emotional toll on both parent and child. So, before you toss your kids the keys to Facebook, Instagram or Snapchat, please press pause and think about these 5 considerations.

1. Should kids start their social media experience lying about their age?

In 2000, The Children’s Online Privacy Protection Act (COPPA) was launched. This Federal law protects children under the age of 13 from having personal information gathered about them online. However, if an 11-year-old registers with a false birth date there’s nothing to prevent their personal information from being shared with third party advertisers.

This is more than giving out a name and address. It’s allowing marketers (people you’ve never met) to spend hours a week secretly observing your child. They’ll record how they play, what they say, where they go and who they hang out with. Sounds kinda creepy, doesn’t it?

Ultimately, allowing kids access to social media sites is also a parenting issue. Decide now if you’re comfortable with them lying to Facebook, as it may influence how comfortable they are lying to you down the road.

2. Kids’ brains are highly vulnerable to apps designed to be addictive

From a neurological perspective, the middle school years are incredible. The brain is going through an intense process of pruning, myelination and remodeling. That means that an adolescent brain is deciding now what it wants to specialize in for years to come.

This is precisely why Sean Parker, ex-Facebook president, is sounding the alarm. He’s publicly stated that one of the main objectives for creating Facebook was this: “How do we consume as much of your time and conscious attention as possible?”

All successful social media apps work on the principle of giving users a hit of dopamine in exchange for new and fresh content. How these hits might affect brain specialization hasn’t yet been documented.

What we do know is that social media is an entertainment platform. In other words, using it early won’t make kids smarter or more creative. A better use of their discretionary time would be to explore a favorite subject, hobby or sport.

3. On social media kids see a distorted view of reality

As kids enter middle school they start to ask new questions. One of the big ones is, “Who am I?” For guys, hair gel and new deodorant scents suddenly become significant. Whereas girls tend to gravitate towards make-up and fashion trends. It’s about forming identity.

On social media, kids are not only influenced by the peers in their circle of friends; there is pressure to keep up with trendsetters from all over the globe. For an impressionable mind and a developing self-esteem, it can feel like they will never match up.

And it’s not just looks that matter to kids. Showing off outrageous behavioral trends gets serious clicks too. Every week a new challenge is issued on one platform or another. Some challenges are annoying; others like the Tide Pod Challenge, highlighted in this CBS news report are downright dangerous.

4. Social media exaggerates a child’s tendency to focus solely on themselves

Middle school is a time when kids feel as if the whole world is looking at them (and judging them). Social media can exaggerate the worst of it. That can lead to depression, severe bullying, and to the worst case scenario—suicide.

Jean M. Twenge has been researching the behavioral patterns of young people for over 25 years. Her recent conclusions about the impact of social media on middle school kids are sobering:

We’ve all heard stories of online bullying. I questioned a high school sophomore this week about her early social media experience. She explained that bullying related to social media use doesn’t always happen online:

“It’s the whispers behind people's backs, ’can you believe so and so’s post’, where the most damage occurs. Even if you’re not involved, it’s really hard not to get caught up in the drama.”

Victoria L. Dunckley, M.D. is adamant the maturity required to use social media appropriately cannot be taught to middle school kids. It’s like trying to dress them in clothes that are too big. You just have to wait and let them grow up.

One of our readers says she is overwhelmed by social media culture influencing young kids:

“My daughter is 13 and has friends that are sexting and sending nudes to strangers on Snapchat. I’m so glad she comes to me with her questions. I’ve been very proactive about addressing these issues from an early age. Still, she feels alone because a lot of her friends are so clueless about these dangers.”

This mom is absolutely right to be alarmed. Social media is a predator’s playground.

Predators are expert at giving kids the attention they are looking for —You’re so beautiful, you’re so funny, you’re so adventurous. When kids find someone who agrees with everything they say, it can be intoxicating. Police will tell you how easy it is to gain the trust of a middle school kid. Even more shocking is how quickly they can be persuaded to participate in risky behavior.

I will tell you one more secret about myself as a parent —I make lots of mistakes. We all do. It’s part of the job description. Plus now we have the impossible task of keeping ahead of the latest tech trends. Just like our middle school kids, we’re bound to have some growing pains.

What to do if your kids are on social media now?

If your middle school kid is already on social media stay calm. In fact, it may cause more harm to cut them off completely at this point. Instead, make sure the ground rules for use are explicit. We recommend you go so far as to write up a contract. For ideas, check out this list at Scary Mommy.

Better than tossing them the keys

Reflecting on the experience with my novice driver, it’s important to help kids get used to social media in a controlled environment for the first little while. Here are some tips:

Eventually the day will come when it’s time for them drive on their own. When that happens, you can still have them update you about their online interactions. Kids will thrive when they know their parents always have their back.

Smartphones and social media tend to go hand in hand these days. Although we recommend kids begin their social media experience on tablet or computer, knowing when to allow your child full-time internet access is important! 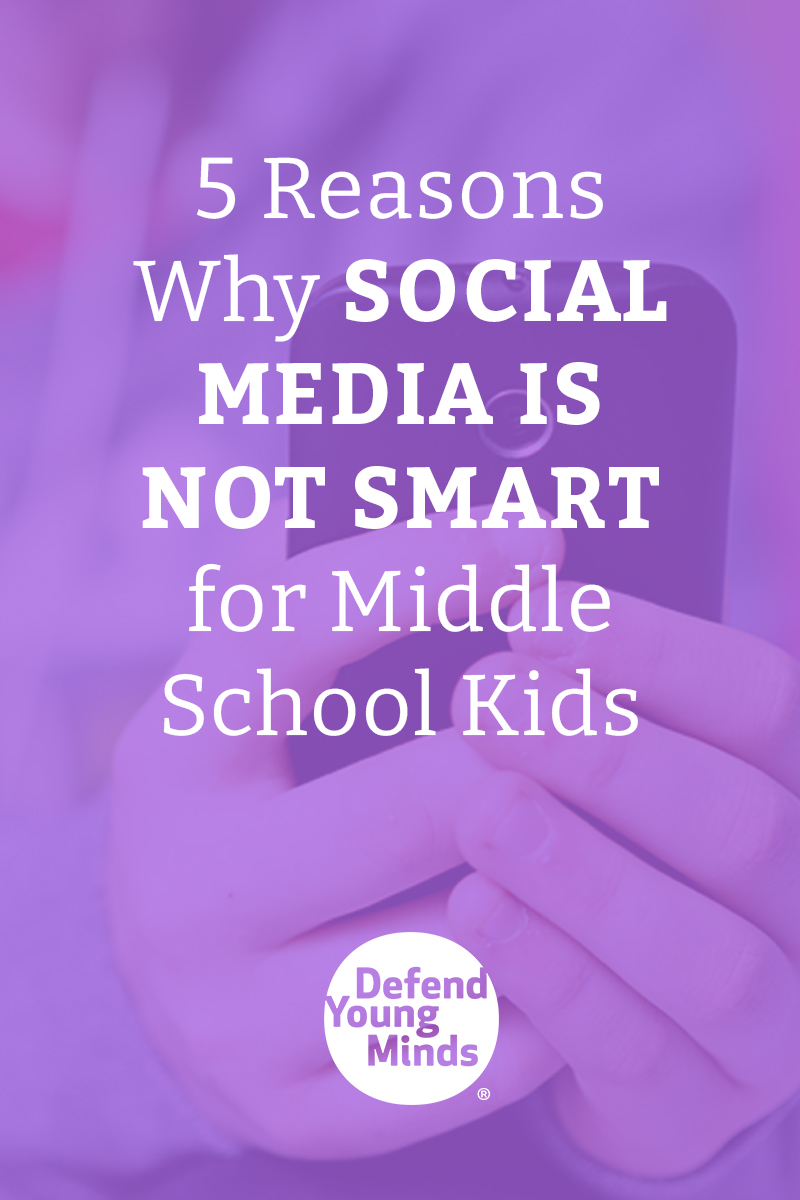