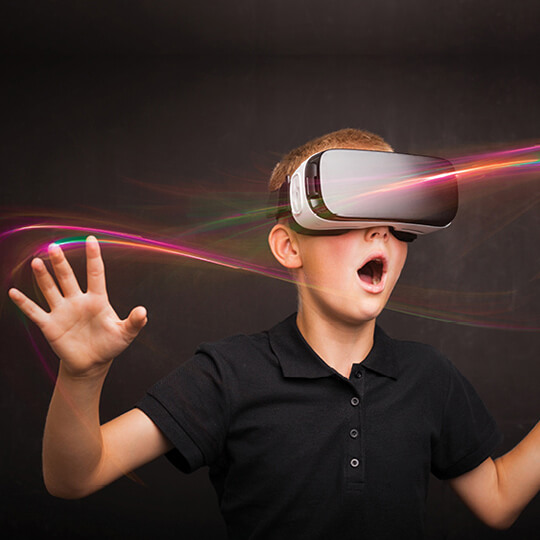 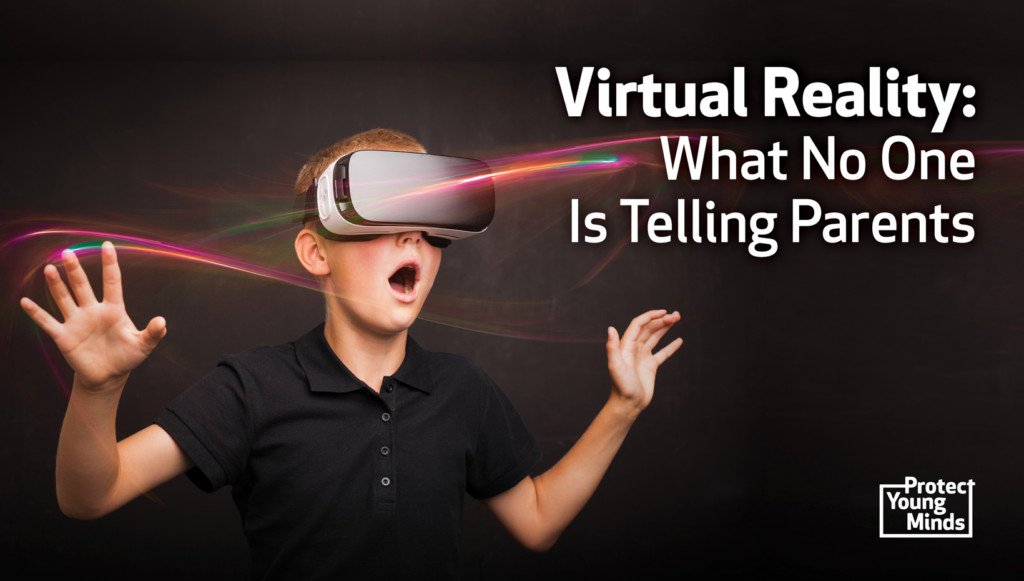 Virtual Reality: What No One is Telling Parents

If you’re a parent, you may be wondering:

What is virtual reality?

Virtual reality (VR) is the creation of a completely synthetic, digital environment. A similar but different technology called augmented reality (AR) adds synthetic elements to a real environment. For example, virtual reality makes it look as if you’re on an alien planet while augmented reality makes a hologram of a Pokemon appear in your path as shown on your smartphone (as in the wildly popular game Pokemon Go).

Currently the most popular devices for virtual reality are the Oculus Rift (owned by Facebook) the HTC Vive, the Samsung Gear VR, and the Sony Playstation VR. Various other headsets are coming out and many operate on Google’s Cardboard platform.

The Samsung Gear VR and Google Cardboard use a smartphone inserted into the headset for the screen and computing power. The others have the screen built into the headset, which is connected to a laptop or game console. The Oculus Rift, HTC Vive, and Sony Playstation VR have controllers that enable the user to interact with the virtual environment using hand motions.

The others like the Samsung Gear VR or Google Cardboard use side buttons or a bluetooth gaming controller (like an Xbox or Playstation controller). VR is a very new market and more devices are rapidly coming to market.

The only big device in the augmented reality space is the Microsoft’s Hololens. It enables you to see projected holograms of virtual objects in “real space.” Imagine you could see a scale model of New York City on your coffee table, or a giant flat screen on any wall of your house. It’s currently marketed primarily for business applications, but home uses are also being developed.

Can virtual reality benefit my child?

Both AR and VR could be used to vastly improve education, especially in the STEM fields (Science, Technology, Engineering, and Math) where a lot of job growth is happening. Even today AR/VR technology is being used to teach medical students with 3D models of the human body. How cool is that?!

Here’s a TED Talk by Michael Bodekaer describing how VR will revolutionize how we teach science:

Furthermore, VR technology has the potential to increase empathy by literally showing people what it's like to walk in someone else’s shoes down the streets of a different country.

It also provides opportunities for virtual tours of places you may never be able to physically visit, a safe place for professional, high-risk training such as complex surgeries, training missions, flight simulations, etc.

Parents should know that according to Fight the New Drug,

As reported in an article on VB, Dr. Andrew Doan, the head of resilience and addictions research for the U.S. Navy, has real concerns about VR and addiction:

“Because virtual reality is more arousing to the brain and neuroendocrine system, we may see more problems with addiction and abuse as devices become accessible to more people.”

This is why it's so important to teach kids about the process of addiction so they understand how to better protect their brains.

But here’s another concern for parents working to keep kids safe from pornography: Unlike a visible screen, when kids wear a VR headset no one but them can see the graphics or videos they are watching. It’s more private and more difficult to monitor.

Can virtual reality harm my child’s eyesight or visual perception?

The Samsung Gear VR says children younger than 13 or people with vision problems should not use VR. VR is so new that studies haven’t been done to prove it is safe for a child’s developing vision or that it won’t make vision problems worse.

Visual perception happens in the brain and there is the concern that young children using VR for extended periods of time may suffer unintended consequences.

For example, in a normal setting, the eyes focus on an object at a distance. In VR, objects may look close or far away, but the eye is actually focusing on the same point provided by the lens. This could confuse or even disrupt the visual perception of a developing child...or not. We just don’t know. For a more complete discussion, check out this article: We’re not talking about what VR does to our eyes and our brains.

One other concern is the use of VR by people with motion sickness. My daughter, Sarah, suffers from motion sickness. Sarah loves finding and using new technology, so she was excited about testing out the new Samsung Gear VR headset. Unfortunately, it kind of made her sick.

“One downside of VR is that if you have a tendency for motion sickness like me, certain VR experiences can cause discomfort. Just like car sickness, this is created by your eyes and inner ear (which senses acceleration) getting different messages. Your eyes think you're moving forward but your inner ear doesn’t sense the same thing.”

Unfortunately, after setting it up and using it a few times, her discomfort level got to the point where she had to abandon VR with the Samsung Gear headset. So if you have a child or teen with motion sickness (or who has had issues with a lazy eye or other vision problems), this may preclude them from enjoying VR.

Should I give a virtual reality headset to my child?

Because VR technology is so new and so cool, kids will want it! And Google and other companies are working to make it more and more affordable. My concerns include:

For all of these reasons, I would encourage parents to think carefully before buying into VR just yet. It’s a powerful technology and warrants a deliberate approach. At the very least, develop strict time limits and content agreements with your child beforehand. And consider whether your children under age 13 should use it at all.

Just like the internet, VR technology can be used to both educate as well as to exploit. The only way to protect children is to proactively educate kids about the dangers and mentor kids as they learn how to benefit from a new technology.

The oncoming reality of VR makes it even more important to begin talking with your kids about the dangers of pornography addiction.

The author would like to thank her daughter, Sarah Jenson, for her contribution to this post, including hours of research and testing. 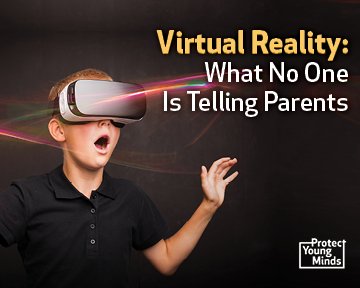