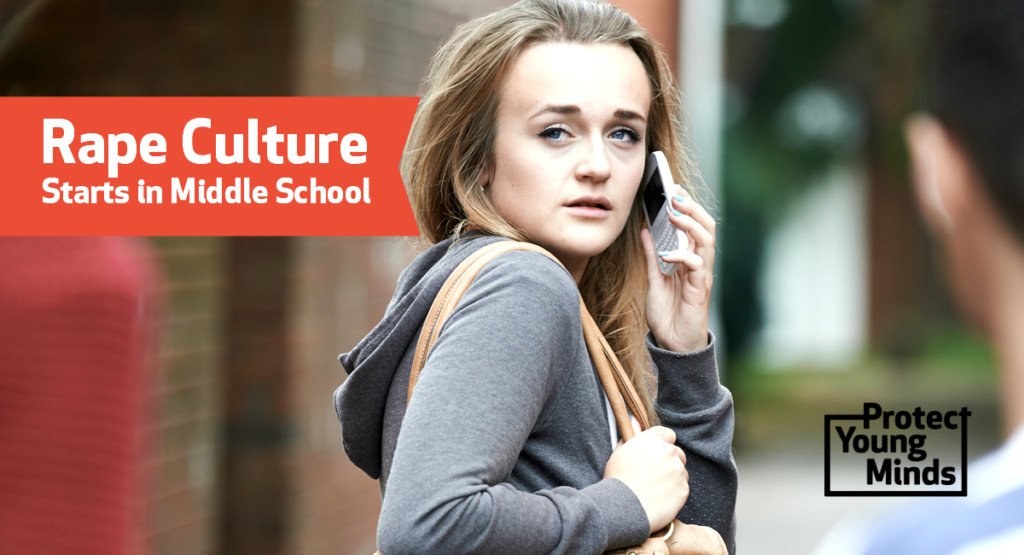 Brock Turner got off with an extremely light sentence (three to six months in a county jail instead of two years minimum at a state penitentiary) for three felony counts of sexual assault, but the deeper question no one is asking is WHY are so many U.S. male college students becoming rapists? I believe that Brock, and the judge who sentenced him, are disturbing products of our pornified culture, and it's important that we help our kids and those in our sphere of influence see the connection.

And it starts much earlier than college or even high school. It begins as young kids in elementary school and middle school start to view it. [Don't miss the proactive suggestions at the end of this post--we CAN be informed and powerful influences on our kids, family, friends and community!]

What is Rape Culture?

Lynn Phillips, a Lecturer with the University of Massachusetts-Amherst Communication Department gives us an academic definition:

Rape culture is a culture in which dominant cultural ideologies, media images, social practices, and societal institutions support and condone sexual abuse by normalizing, trivializing and eroticizing male violence against women and blaming victims for their own abuse.

In other words, especially in our media and with our youth, our society is okay with men sexually exploiting women and then blaming the women themselves for being raped.

Rape is not a form of deviance. Rape is over conformity to society’s [pornified] messages.

(In other words, we shouldn’t be surprised by the increase in rape or shocked when we hear stories about young perpetrators like Brock Turner. Or judges who return six month sentences to convicted rapists.)

It’s hard to imagine the pain of rape unless you’ve been through it. My heart goes out to all people, both men and women, who have been sexually assaulted. But my heart also goes out to the perpetrators who were deceived by pornography into believing that rape is normal, acceptable and expected male behavior. One mother of a young girl who was raped by her 14 year old male babysitter told me that her (the mother’s) real healing began when she realized that her daughter's perpetrator was a victim, too.

A lot of people are outraged about the sentence Brock Turner was given. Many are crying out against our rape culture. But what we need is to connect the dots and be as outraged against the root of the problem, pornography, as we are about the result, which is rape!

These attitudes begin as early as middle school as boys use violence against girls, scream obscenities at them or bully them via social media or messaging apps.

Parents, here’s what you can do