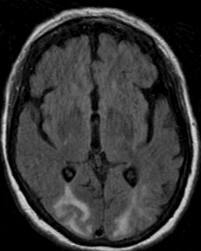 Can Pornography Shrink the Human Brain?

Can an addiction to pornography or any other sexual practice shrink your brain? It’s starting to look that way.

Scientists already have proof that cocaine, meth and even food addictions (obesity) are associated with brain cell shrinkage in certain areas of the brain. They also have proof that pedophiles and others with sexual addictions exhibit similar shrinkage.

All addictions involve similar chemical pathways in the brain.

In fact, less than a year ago, the American Society of Addiction Medicine revised their definition of addiction to include behavioral or natural addictions, such as pornography. They cite evidence that all addictions are basically corruptions of the brain’s reward system.

In essence, much of addiction comes down to dopamine, an essential neurotransmitter in our brains. Dopamine makes us motivated to do things, even eat. Mice that have their dopamine production interrupted will lie down and starve even though food is nearby. They simply don’t have the motivation to get up and go get the food. On the other hand, mice who can press a lever to stimulate their brain’s dopamine production will neglect eating and drinking to keep on pressing that lever! That’s how powerful dopamine is to our reward and pleasure centers.

Addicts get a big surge of dopamine each time they use. Dopamine flows out of one end of a neuron and is received by receptors at the end of another neuron. Eventually the overstimulation causes the brain to shut down some of the dopamine receptors. It’s like our tendency to cover our ears when we hear a loud noise. This is known as developing a tolerance.

As a result, the addict looks for more intense stimulation to get the same dopamine rush and resulting euphoria. More receptors are taken offline and the brain cells actually shrink. MRI brain scans don't lie.

Dr. Donald L. Hilton, Jr., M.D., a neurosurgeon, explains that sexual addictions involve the most extensive atrophy of brain cells—more than addictions to cocaine, meth or food. (He Restoreth My Soul, p. 64)

Let’s warn our kids that viewing pornography, and developing other addictions, can physically damage their brains.