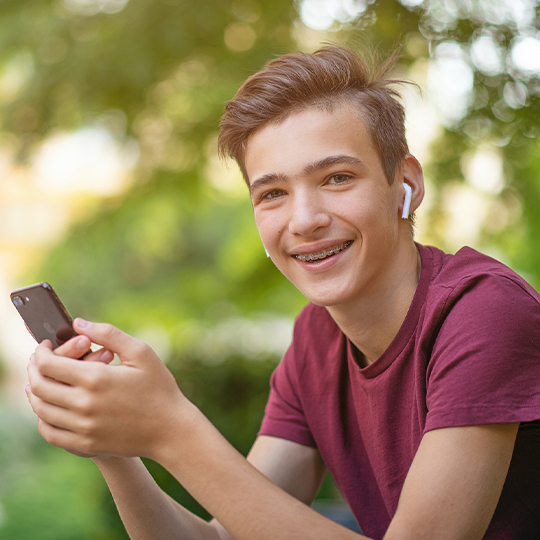 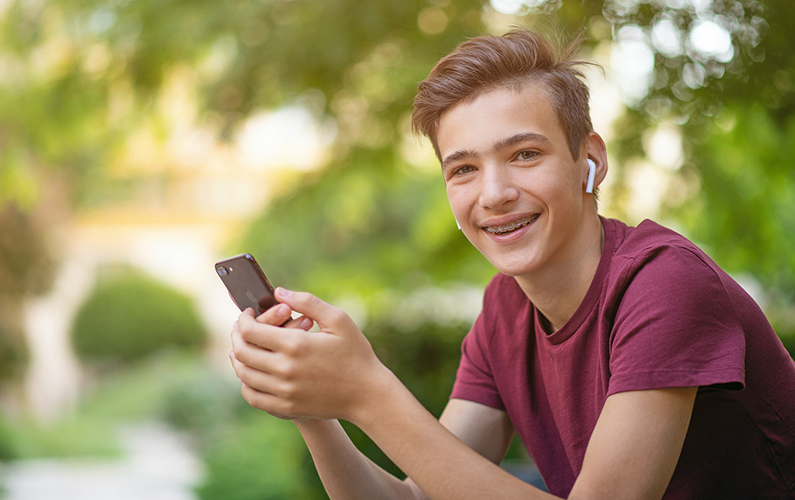 Dangers of Discord: 6 Steps for Safeguarding Teens on the Popular Chat App

Update: See an update about Discord from the National Center on Sexual Exploitation and how you can add your voice to call on Discord to improve child safety features and content moderation.

Ever heard of Discord? It’s a popular way for kids to chat with friends while playing Fortnite, Minecraft, or Among Us. You may have seen media reports warning parents about the dangers of Discord: hate speech, vulgar language, bullying, spreading malware, and even predators or human traffickers stalking kids on Discord.

So what exactly is Discord? And can my teen safely use it?

Discord is just a communication app that’s basically a hybrid between a chat room and Skype. It was originally designed to be used by gamers to collaborate without taking too much processing power away from the game. Its design is simple and slim, yet has powerful tools for customization.

Discord can be accessed via any web browser, but is most commonly used via a computer or phone app. Users can chat with each other via text or voice, and sometimes by video. Some games also allow Discord to be overlaid directly onto the game.

Unlike many social media platforms, there’s no general public area or feed on Discord. Instead, the app is organized around the closed groups called "servers," sometimes informally referred to as a "discord." (You might hear a YouTube personality say, "Join us on our discord.")

Anyone can create a server when they join, but there's no overall directory of servers. You have to be invited to join or search out a link on the web.

In the years since its founding, Discord has expanded beyond the gaming audience to become the communication platform of choice for many niche communities.

Despite the dangers of Discord, there are some great things about it.

There are so many chat apps out there, but the main draw to Discord is its streamlined interface. It doesn't hog device resources and allows kids to communicate with their real-life friends when playing a virtual game together. For many teens, Discord has been a social lifesaver during the pandemic.

The other draw is privacy. Teens can use Discord to avoid public chat in games where unknown individuals might be demeaning others or sharing explicit content.

Discord's focus on interest groups also allows teens to meet others who share their interests without wading through the irrelevant posts or ads they would see on other social media platforms.

Though Discord can be a positive space, there are also aspects of it that should give every parent serious pause.

Discord can be a cesspool of pornography and exploitation

Because Discord is based around private groups, it has a seedy underbelly: groups for criminal activity, white supremacy, and child pornography are all on the platform somewhere.

The company has recently tried to start cleaning up its image by cracking down on pornography groups, specifically on Apple devices, but Android and desktop users can still find them.

In fact, the National Center on Sexual Exploitation named Discord on their 2021 Dirty Dozen list as a major contributor to the sexual exploitation of children.

Discord is difficult to moderate

Discord is dangerous for the same reasons as many other private communication apps. Real time communication is difficult to control. Audio and video streams are gone right after they happen (unless someone is recording--another problem!).

Content moderation is mostly done on the individual server, so groups have different standards and some are enforced better than others.

Problems can be reported directly to Discord, but that takes time and your child may be exposed to adult content before it can be taken down.

Discord makes it easy for predators to contact children

Like any place on the internet where you can meet strangers, people on Discord can lie about who they are. Predators can stalk children by chatting with them in a kid-friendly channel, then taking the conversation to direct messages which aren't moderated.

One of our subscribers even wrote to us about how she discovered that her ten year old son was being groomed by a predator through Discord. The boy had been playing Minecraft and the predator, posing as a child, convinced the boy to take the conversation into a private message on Discord.

This mom had talked with her son many times about not communicating with strangers online. But the pandemic left him feeling isolated and eager to make new friends, so he broke the rules. Predators know kids are especially vulnerable right now and they try to capitalize on that.

Related: The Shocking Tactics Sex Traffickers Use to Trap Your Kids and 5 Ways You Can Protect Them

As mentioned before, audio and video streams on Discord disappear. That makes it a prime place for cyberbullying to occur without leaving any evidence.

Kids can also use Discord for bullying by creating closed groups to exclude certain kids and share cruel memes and photos.

The best thing you can do to counter the dangers of Discord is to keep kids out until they are at least 13. We can’t stress this enough.

Discord requires users to be 13. Many servers have Not Safe For Work (NSFW) areas with adult content that requires age verification. Like all sites, it's easy to just click yes regardless of your age. Let your kids know that age limits are for their protection and that you take them seriously.

And don't give your teen a free pass just because they're over 13. Teens need to have good judgement to stay out of the sketchy parts of Discord while using it for positive things. Talk with your teen before allowing them into Discord.

1. Discuss how to behave on the internet.

The anonymity of social media can lead kids to behave in ways they wouldn't otherwise. Tell your child about the seriousness of cyber-bullying and sending nudes. If you have doubts about how your teen will behave online, best to delay letting them on Discord. Stick to a more monitored app until they earn your trust.

2. Talk about your family standards and expectations.

Remember that Discord is all about how you use it. What servers are they allowed to join: only people they know in real life or other servers by interest? Who are they allowed to direct message? Write these rules down so there will be no debate later.

3. Go through Discord's safety settings together.

Follow Discord's Four Steps to a Super Safe Account to turn on direct message filtering and limit who can send them direct messages. Explain why you are choosing the settings you choose. Remember that there are no parental controls on Discord, so your teen can change these settings at any time. They need to understand your reasoning in order to buy in.

4. Teach your teen to be suspicious of unsolicited invites.

Pornography and predators may sneak in via server invites they didn't request, have never heard of, and have low membership (which often indicates bad moderation or questionable content). They should also reject friend requests they weren't expecting. If it's a real life friend, they can always request again.

5. Make a game plan for dealing with bullying or adult content.

Make sure your teen knows they won't be in trouble or lose access to the app if they report a problem to you. You want to be on their side, not have them dealing with the dangers of Discord on their own where sneaky predators might manipulate them.

Go over Discord's reporting procedures . Make sure they know how to block users. Blocking removes a person from your friend list. The message history remains (which they should share with you), but they cannot send any further messages.

6. Set a follow-up appointment to check out your teen's Discord every few weeks.

Make sure the safety features are still enabled. Check out what servers they are on, and take a glance at their friends and direct messages. Ask them if anything on Discord has made them feel uncomfortable or unsafe. Things change over time, so you'll want to follow-up regularly to make sure things are still okay.

If your teen can use Discord safely, the app can be a way to connect with their real life friends through games when they can't be together. They might find a community that wants to discuss their interests. But because of the lack of parental controls, Discord will always be a more risky app to use. Carefully weigh whether the benefits outweigh the dangers of Discord. If you choose to allow this app, make sure your kids have their internal filter installed to protect them while they're having fun online. 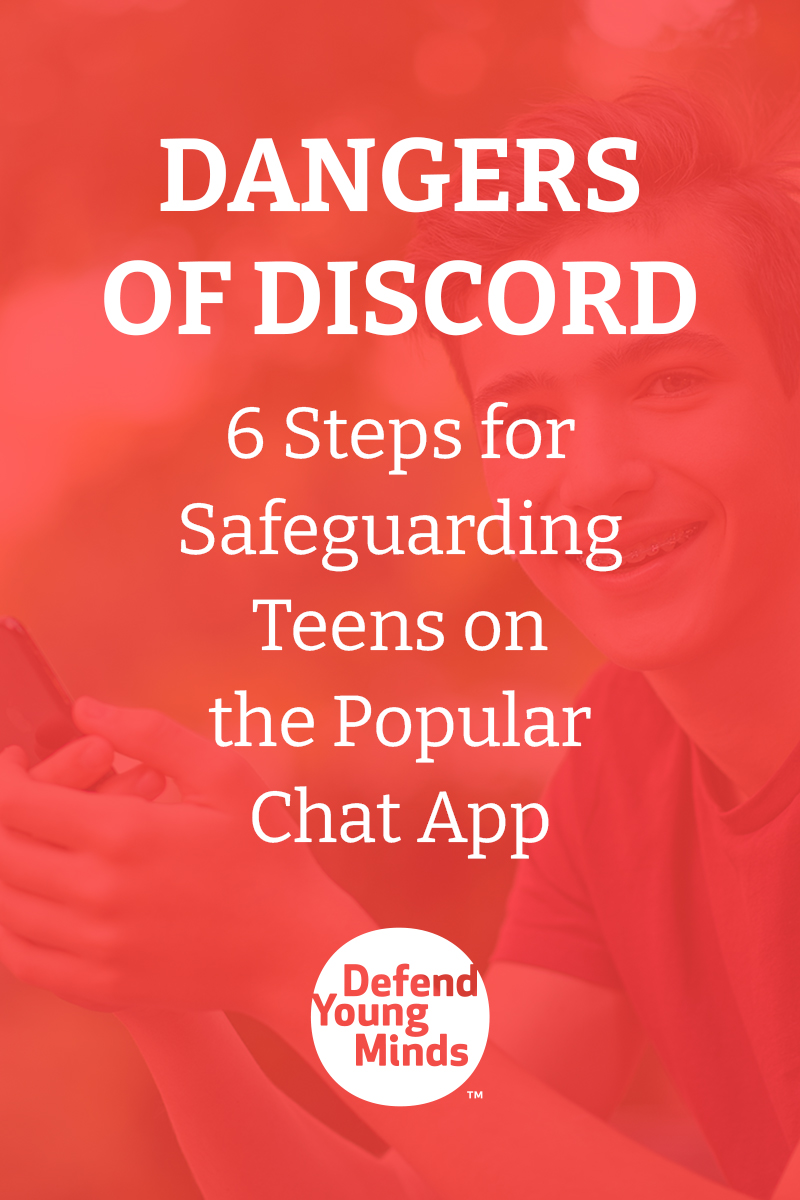