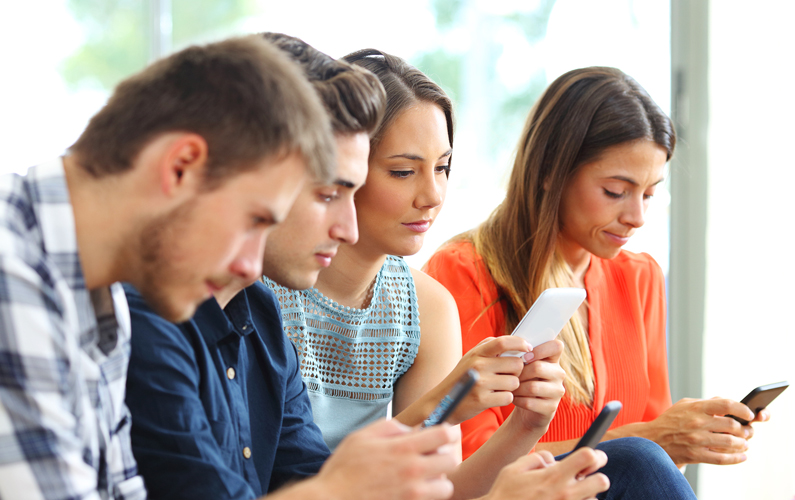 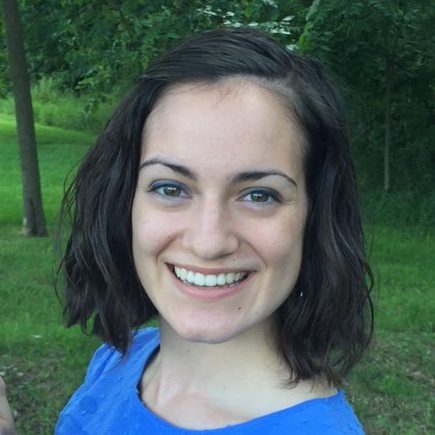 Young adults today straddle the line between Millennials and the upcoming Gen Z, myself included. We dimly remember the screech of dial-up, and spent adolescence transitioning from chunky flip phones to sleek smartphones. As the first generation to grow up with cell phones, we have a unique perspective on the technology boom and pornography exposure.

I chatted with five college students at Truman State University in Kirksville, MO. We talked about how growing up with cell phones affected their pornography exposure. These interviews with young adults ages 19-23 provide us real stories from real people, and challenge us to open up this conversation in our own communities.

How old were you when you got your first cell phone?

These college students received their first cell phones between 13-16 years old. Most had a “dumb phone” at first, but transitioned into a smartphone within a couple years. Two out of the five were required by their parents to pay for their own smartphone.

“My parents were very utilitarian with phones,” says Michael (all names changed to protect their identities). “We were allowed to get our first phones when we started driving, just so we could communicate while we were out without an adult.”

What ground rules did your parents have for cell phone use?

Generally each student’s parents had basic principles without cut-and-dried mandates.

“There were never any rules, just filtering services installed by my parents,” says Jake. “I like my parents’ policy on usage because they took steps to prevent me from looking at whatever I wanted, whenever I wanted, but it never felt like they were withholding or restricting.”

Mariah tells of her dad monitoring the hallways at bedtime to ensure she and her younger sister weren’t on their phones.

“At the time it was super frustrating, but I think looking back now, it kept me out of trouble because I never really would send things or do things, I never wanted to get in trouble,” she says. “My dad always explained that he didn’t want me to be taken advantage of or lose my innocence.”

“My parents were really strict on computer access, but not phone access,” says Rachel. “You could only be on the computer for 30 minutes a day during middle school; in high school one hour if you had homework. We had our own profile on the computer, and dad ran as admin and limited what websites we could go on - and usually it was like Club Penguin or Webkinz or Nickelodeon.”

How old were you when you were first exposed to pornography, and how did it happen?

“I didn’t realize it was wrong or even have the vocabulary to describe it for quite a while,” Jake says. “Of course, eventually I realized that it was ruining me in spite of its apparent harmlessness, a shocking and in some ways painful revelation.”

“I’ve always been such a little control freak that I knew I shouldn’t look at it,” says Erin. “I wouldn’t have known it was pornography or that it wasn’t the best representation of sex.”

“That night I spent several hours looking things up,” he says. “It was never talked about with my friends, locker room talk was not a part of my experience. It was ‘I wonder if this type of imagery is online?’ and searching that out.’”

How has your exposure to pornography affected you or your peers?

All five reported that pornography negatively influenced either their own perspective on sex and relationships or those of their close friends.

“Now, as I walk around campus, every time I see a girl it’s a constant battle to not objectify her, not to mentally rate her body based on how satisfying it is to my eyes,” says Jake. “Because that’s what pornography does: it makes everything about your satisfaction in this moment alone, with no regard to future consequences.”

How would you compare life before and after smartphones?

These students agreed that the technology boom is neither completely good or bad. Some remarked on how smartphones and social media have introduced new platforms for creativity. Most were grateful for how smartphones connect friends and family around the globe.

“Part of me wants to say ‘life was so much simpler,’” says Michael, “but when you’re a kid, of course things are simpler - with or without smartphones.”

“I see it as just another level of responsibility, just like getting a car, moving away and living on campus,” he adds. “Getting a phone for me was just another step in becoming an adult.”

However, the consensus was that though pornography has always been around, smartphones make it ridiculously accessible. Mariah illustrates it this way: “Before cars, people had to ride their horses everywhere. People still traveled, but cars made it so much faster.”

Keep in mind that most of these students were first exposed to pornography before having a smartphone. However, smartphones and social media provided new avenues that families were unprepared to handle.

If you were a parent, what rules would you want in place for your children regarding smartphone use?

Rachel agrees. “Honestly, I’d probably make them go through a year or two of high school without a smartphone. They need to be able to appreciate the smart device they will be receiving.”

She also suggested a family charging station for storing all devices at night. “There’s no good reason why we’d need them at night. Even if someone is going to be using it, they have to be at the technology table and then that forces community.”

How do we refresh our perspective?

Several students at Truman State had recently participated in a media fast when I conducted this interview. For one week, they denied themselves Netflix, social media, music, and some even put their phones in a drawer the whole time.

“I love it,” says Mariah. “At first I think it’s pretty hard, but once you get past that first day, it’s so freeing. I talk to people more, I observe more, I appreciate everything a little bit more. I talk to strangers more, instead of just checking my phone.”

Related: Social Media and FOMO: What the Fear of Missing Out is Doing to Your Family

What can we learn from the first generation to grow up with cell phones?

We can’t go back and prevent the invention of the smartphone. We can’t protect our kids from any opportunity of pornography exposure. What do we do with the stories of these Millennial/Gen-Z crossovers to help the next generation?

No parent has to reinvent the wheel. Let’s keep the conversation going so we can all fear less and empower more when it comes to our relationship with technology. 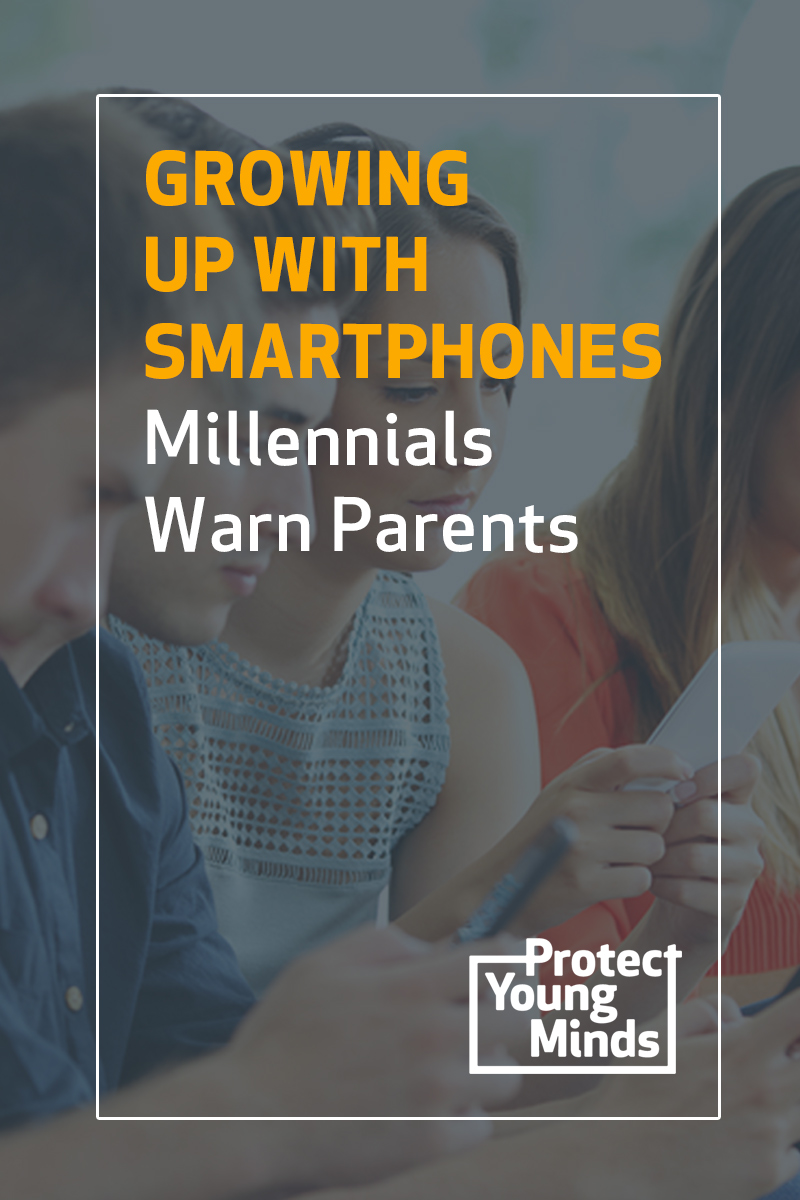 Kath earned her B.S. in Linguistics from Truman State University in the small town of Kirksville, MO. She spent two years as a Sexual Risk Avoidance Educator, helping thousands of middle and high school students build healthy relationship skills. Now back in St. Louis where she grew up, Kath and her husband Brandon spend their time studying theology and hosting game nights with their friends and family. Kath gets excited about encouraging others in healthy living: physically, mentally, and relationally.