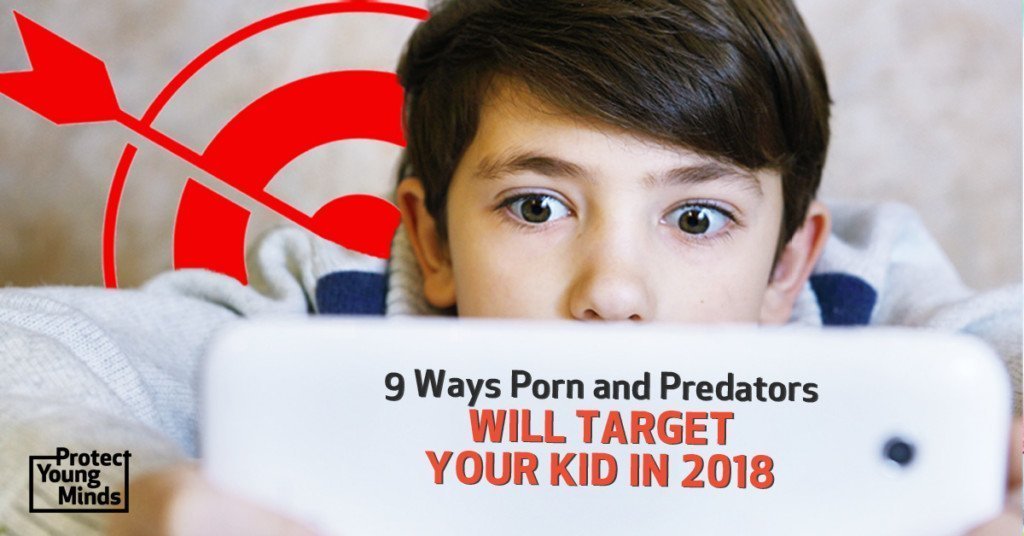 In this post we’ll highlight 9 major culprits that should be on every parent's radar in 2018!

In 2018 so many kids are growing up with a device in their hands from the time they leave the cradle.

In response to a question about the age recommendations for Amazon’s Fire HD 8 Kids Edition, one mom enthusiastically replied, “My eleven month old loves it, if he breaks it it will be replaced [free of charge], and it is saving my phone!”

Whether it’s a tablet at age two (not that we’re recommending it) or a smartphone at twelve, many parents believe the myth that if a browser has not been installed (or parental controls have been set) kids will be safe from all internet dangers. But not so!

And here’s the kicker: getting on the internet through an app completely bypasses parental controls that have been set up on the device! It’s a completely unfiltered internet experience. That’s seriously scary stuff!

Sextortion is one of the fastest growing threats to online safety for kids and gaming systems are a breeding ground for predators. Police in the UK report being inundated with calls almost every day about children pressured into sharing explicit pictures and videos of themselves online —some of these kids are as young as 10-years old!

50 Shades of Grey is poised to wash out the #TimesUp "Blackout" (inspired by the recent Golden Globes). But you can do something about it!

Hollywood has lined up (for the third time), another pathetic promotion of domestic and sexual abuse for Valentine’s Day. “50 Shades Freed”, billed as the final climax in the E.L. James trilogy, has convinced millions of women and teen girls to fantasize about a relationship that is a living hell for abused women everyday. In a year marked by not one, but two, powerful anti-abuse campaigns (#metoo and #timesup) we find this unconscionable.

At the 2018 Golden Globes, Oprah Winfrey recounted the story of Recy Taylor, a woman who was brutally raped and beaten by 6 white men in 1944, as she walked home from church. Recy never saw justice in her lifetime because her abusers were beyond reproach.

But can Oprah’s speech resonate in our society if women (who are the major purchasers of 50 Shades) continue to support the normalization of sexual violence in mainstream media?

Visit fiftyshadesofabuse.com. Flood social media with the truth about 50 shades. Talk to you your sons and daughters about why this franchise is abusive against women and is a threat to the both the #metoo and #timesup campaigns.

Snapchat’s Discovery is really an advertising section (Cosmopolitan, Esquire, Buzzfeed, Self and more) that poses as a news feed. It contains highly sexualized adult content that the Snapchat creators say they can’t or won’t control.

What’s incredibly annoying is this feature cannot be removed, customized or edited in any way. Subscribers to the app have to scroll past the Discovery section every single time they want to see their friends’ stories.

There’s literally no way to keep kids safe from sexualized headlines and images that the advertisers provide. Bare bums, near nip slips (nipples) and silhouettes of naked women are everyday experiences with Snapchat Discovery. It's difficult for curious minds not to get lured in. You can imagine what images might go with these headlines:

Warning: Predators know how popular Sanpchat is among young people. They use the app to both contact kids and send and receive child pornography. Snapchat’s disappearing features make it more difficult to track predators.

12-year-old New Hampshire girl told investigators she’d used Snapchat and Kik to send numerous explicit photos of herself and her 10-year-old sister to a 33-year-old man in Fort Wayne, Ind., at his request.

Here’s a run down of the problems with YouTube.

Find out more about what you can do to encourage YouTube to enforce their own Terms of Use and keep kids safe. Click here to take action.

Anime is a style of Japanese animation easily distinguished by characters with large round eyes, brilliant colors, extraordinary hairstyles and a unique sense of fashion. That in itself is not pornographic. What’s difficult for many kids to distinguish is when anime crosses the line from innocent children’s cartoons to something much more sinister.

The innocent looking and childlike features of anime characters are alluring; but depending on the genre can also be extremely deceptive. This is another example of the cardboard butterfly phenomenon. When it comes to anime, it’s difficult to keep kids safe from rampant sexual objectification and even pornography.

Skinseed is a popular app with kids who play Minecraft. It allows them to create different “skins” for the characters they create. Sounds fun until you realize that Skinseed app also includes a live chat function. Yep, other users can chat with your kids via this app!

Recently a Protect Young Minds reader discovered that her son was chatting with someone on Skinseed who had all of the markings of a child predator. Even though she had tirelessly educated her son about online dangers and warned him not to give out personal information, there it was in the messages they were sending back and forth. Her son’s school, his age, etc. etc.

Kids are just so trusting. And they are often distracted as they play or create, and predators are expert at nurturing online relationships and patiently, methodically, extracting bits of personal information. Apps with live chat make it difficult for parents to keep kids safe from predators.

Is it possible to keep kids safe?

There's no doubt about it, raising kids in the digital reality of 2018 isn't a walk in the park. But at Protect Young Minds we advocate that knowledge is power. When parents really know the what dangers kids have to overcome they CAN make a plan to keep kids safe!

In other words, you may not be able to prevent all pornography exposure, but you can keep kids safe by minimizing the negative impacts of being exposed. 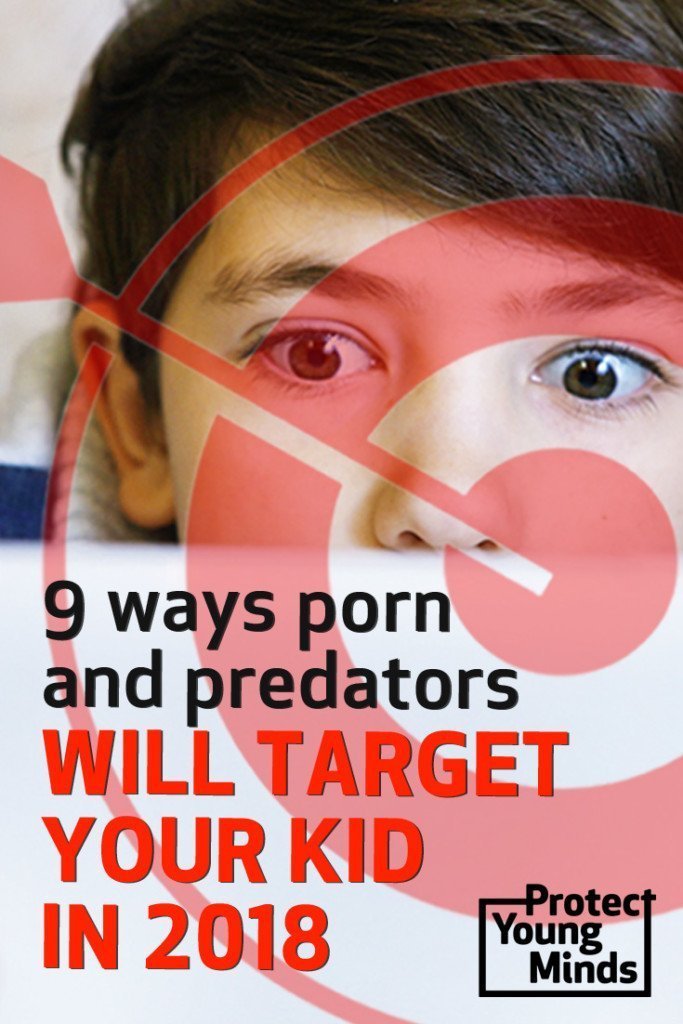