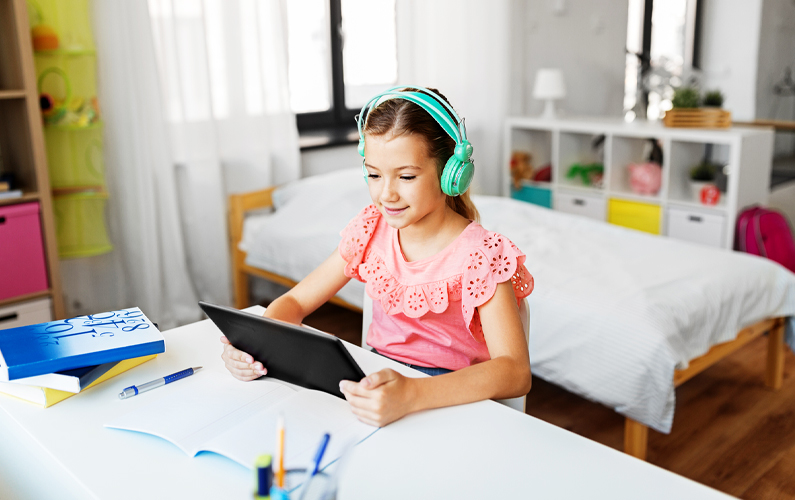 We're grateful one of our readers warned us about a YouTuber who is popular with kids who now has her own Netflix show. The child-like main character, Miranda, is played by an adult and the episodes often contain very adult themes. But with an obviously young following and a PG rating on Netflix, this one is even slipping past the radar of vigilant parents--and their parental controls.

Have you ever seen Napoleon Dynamite? If you have, chances are you either thought it was incredibly stupid or you thought it was hilarious and your family quotes it regularly.

Fast forward a few years from Napoleon Dynamite and we have the birth of Miranda Sings. Miranda is a fictional character created on YouTube by Colleen Ballinger. She’s been around since 2008 and currently has 10.8 million subscribers! She’s often called the female Napoleon Dynamite. She has now expanded to Netflix with the show "Haters Back Off."

Miranda is trying to be a famous YouTube star--exactly what the actress and creator of the show has succeeded in doing.

Sound like a harmless, silly show for your kids to watch? Many parents have thought so...that is until they actually watched the show with their child or were alerted of the content by someone else. Here's one parent review from Common Sense Media:

What’s So Bad About It?

We had one such mom write to us recently. Here’s part of her message to us:

“Because it is a child-like character who attracts kids, parents [may] not realize the extent of inappropriate content, including a theme of incest with a child. I let my kids watch until I saw this video (see below). Please review and consider informing parents. They may have kids that idolize this character.”

The video our reader was referring to is a YouTube video created by a young woman who was a Miranda Sings fan as a pre-teen and teenager. Now, as a young adult, she has realized how completely inappropriate the material is and has set out to warn parents.

WARNING: This video does contain clips of some of the inappropriate scenes from Miranda Sings. You won’t want to watch with young eyes and ears around. But if your kids watch Miranda Sings, you should definitely view this!

This video contains a very small sampling of the content of Miranda Sings over years. Colleen Ballinger is an adult playing a child-like character with adult content. In case you didn't watch the clip, here are just a few things that concern us--keep in mind this is only a small sampling of the past 12 years' episodes.

Recently, the actress behind Miranda (Colleen Ballinger) became pregnant. She chose to have Miranda become pregnant as well (remember Miranda is a child-like character). There are many references to how she got pregnant and childbirth that aren’t appropriate for children.

Lisa Adriani, a college student, wrote about going to see Miranda Live in Concert. She writes, “As 18-year-olds, my friends and I felt a little strange walking into the event, where preteens surrounded us...However, because Colleen makes the show and performs her original songs, her not-so-innocent humor sometimes finds its way into the jokes, with the assumption that those who are too young for raunchy humor, won't understand it anyway.”

The only problem is that while the younger audience may not understand the raunchy humor, there is a good chance they will repeat or imitate what they see, especially when they see others laughing about it.

Lisa goes on to say that, “One of the most amusing moments of the show wasn't even on stage. There was a small family next to me with a mom and her two daughters.” Lisa describes an inappropriate joke on stage, then says, “This got a massive laugh from the audience and the two daughters immediately asked their mom, "What does that mean?!?" So, while her audience is mainly a younger demographic, there are many jokes that they hardly understand that are extremely funny to the college kids and parents in the crowd.”

While those two girls didn’t understand the joke, they understood there was something others found humorous and they wanted clued in. Mom could choose to tell them the truth. Or she could brush them off. But what will happen if they are still curious? Or if Mom isn’t with them when they are watching Miranda Sings? Those girls are highly likely to go looking for a definition and they are likely to go looking on the internet for that answer...probably not what you want your kids searching for!

Now, YouTube is notoriously a place where you REALLY need to be paying attention to the content your kids are consuming. But what about Netflix? In 2019 Miranda Sings made her Netflix debut in a show called “Haters Back Off!” It’s rated PG, so many parents have allowed their children to watch it. With a PG rating, even if you’ve set up some good parental controls this could pop up as a suggested show for your kids to watch.

Here are a few more Parent Reviews on Netflix’s “Haters Back Off!” found on Common Sense Media (edited for spelling and grammar):

I’m not sure how or why Netflix rated this show PG. It is full of overtly sexual innuendo….It doesn’t take a genius to figure out what that means. I watched one episode with my 10 year old and counted 7 sexual references. The jokes are not appropriate for kids….This is coming from a pretty liberal parent.

I assumed it was appropriate for a 5 year old since it was in the kids section along with all of the age appropriate cartoons and whatnot. Then I sat with her and watched. OH MAN WAS I WRONG. The message is horrible, the innuendos are just gross, and the acting bad as well. If you have a child under 14 I wouldn't recommend. Skip skip skip. Miranda is a horrible role model for little girls. Shame on you Netflix for the PG rating.

Completely inappropriate for it's PG rating. I have parental controls on Netflix and found my kids watching this garbage. The few minutes I watched there was inappropriate language, sexual references including "a fettish for handicapped" and multiple times where the uncle pulls down his pants, is in his underwear, and one with a nude silhouette. Plus a bunch of other trashy remarks and even some hooker chick in what looked like a strip club. Absolutely ridiculous to say this is PG.

My daughter (8) had been watching this show. Her Netflix has parental control so I didn’t worry. Until I sat for 5 mins of the first episode. How in the world is this show open for kids to watch!!!! Sexual messages are all over! I’m so disappointed! Now time to have a small talk with my daughter to let her know that show is to never be seen again and why. She’s only 8 Netflix come on!

The reviews go on and on.

It IS up to parents to pay close attention to what their children are consuming, but it is incredibly disheartening to see a show like this rated PG and children being exposed to this even when parental controls have been set up.

What Can You Do?

Here are our recommendations:

A village watches out for one another. At Defend Young Minds we are a community seeking to protect children from the harms of pornography and porn-culture. This Parent Alert came about because one of YOU came across a danger and sought to warn others. THAT’s community. We watch out for one another and our children. Have you come across something you feel other parents should be warned about? Contact us and let us know! 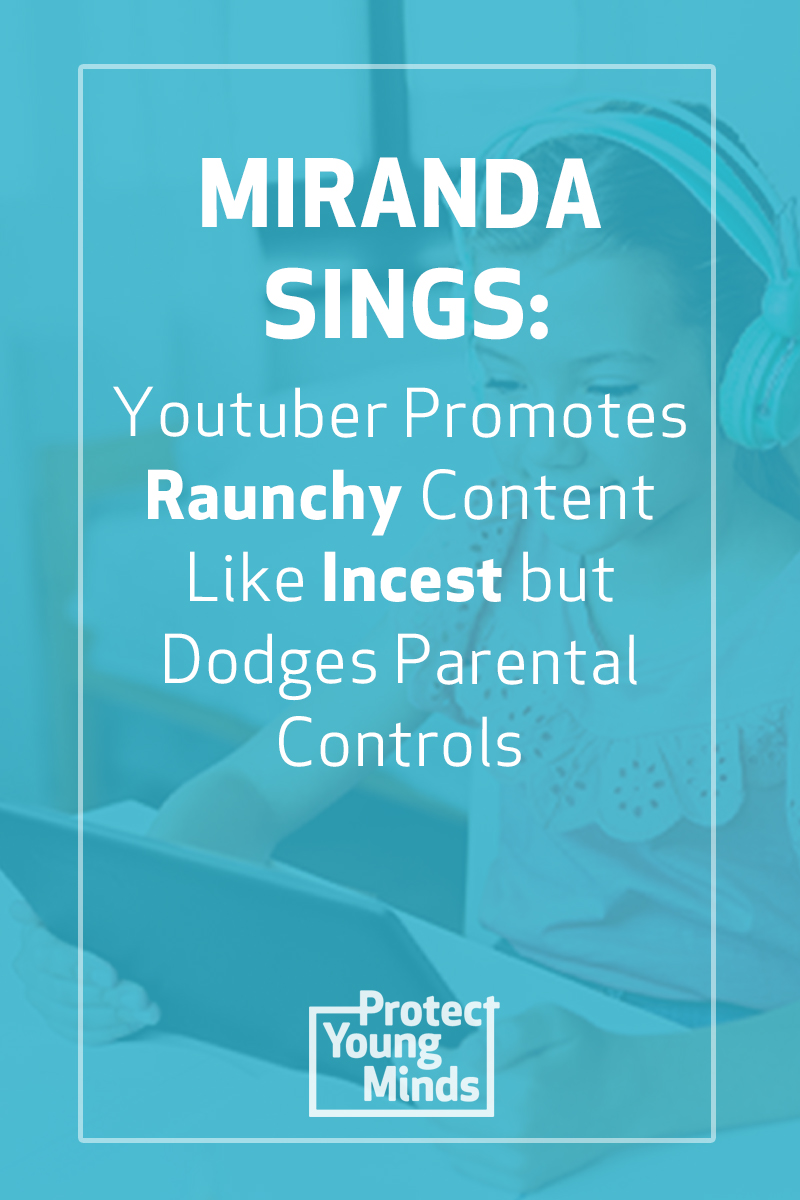