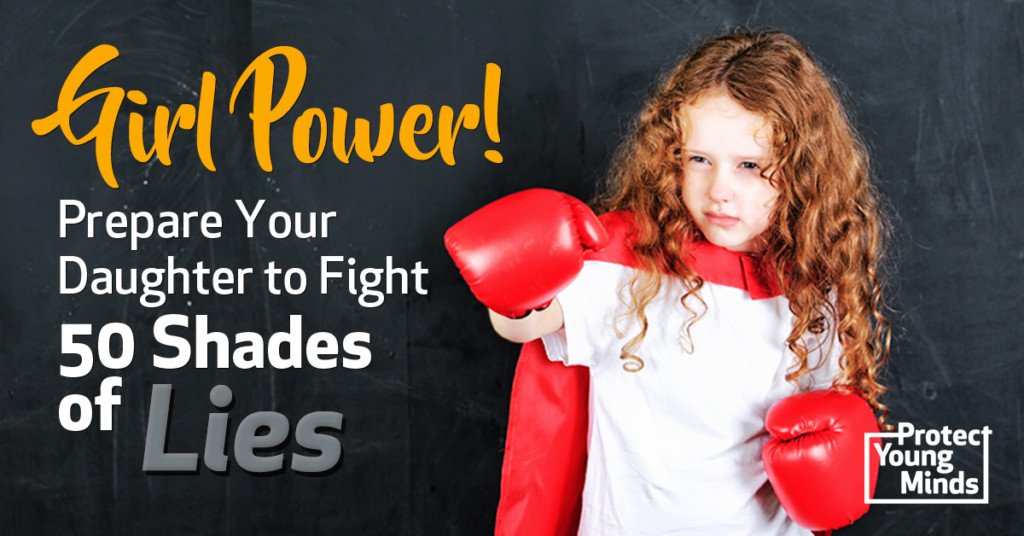 Girl Power! Preparing Your Daughter to Fight 50 Shades of Lies

Later this month, 50 Shades Darker will be released in theaters. Based on the second book of the 50 Shades of Grey trilogy, it continues the story of a relationship between fictional characters Anastasia Steele and Christian Grey.

It isn't a message many parents want their daughters to hear. Still, your daughter is growing up in a culture that will be influenced by 50 Shades and the mainstreaming of aggressive pornography.

Already, girls are dealing with twisted messages about love and sex. The increase in sexting reveals they believe they have to exploit themselves in order to gain acceptance, even among their peers. With abusive content being mainstreamed, an aspect of violence is added into that message.

In 2015, an 18 year old girl made headlines when she posted a video online saying, "If your boyfriend hits you or beats you up, stay with him. He loves you." This is the world our girls are growing up in, and it is not on track to get better any time soon.

How can you prepare your daughter for the message of 50 Shades and broader impact of violent pornography on children and young adults?

A common mistake parents make is thinking that talking to their children about something will rob them of their innocence or make them more curious. It's important to remember that the first person to tell your children about sex will often be the person they listen to. That can be classmates, friends, teachers at school, videos online, or you. If you want your child to develop a healthy view of sex and a resistance to pornography, then you need to be the one to start this conversation with them.

It might not be the most comfortable of conversations, but honest talk about your own sex life with your partner can be helpful. Details are not necessary but you could say something like, "Your dad and I love each other and trust each other, that's what makes sex so great. It's not just about feeling good, but about feeling good together. We want each other to feel good. He would never hit me or call me names because that's not how you show love to someone."

How do you talk to kids about pornography? Get the tools you need with our Big 5 Toolkit!

Talk about pornography and abuse

Many have pointed out that 50 Shades glorifies abuse. Sexual scenes are filled with violence and aggression. Although supposedly consensual and mutually enjoyed, violence and abuse are the last things that should be associated with healthy, loving sexual expression. In a society that is increasingly accepting of violence, help your daughter establish healthy boundaries.

Even when she is young, you can begin to have conversations about boundaries, consent, and abuse of authority. One of the aspects that comes into play in cases of sexual abuse is an abuse of power or authority. Teach your daughter that nobody--not even her teacher, pastor, or a relative should touch her without her permission; and that the touch should never hurt her, make her feel bad or uncomfortable and should absolutely never be secret. These types of bad touches are not a part of love.

Teach her that abuse comes in many forms--like physical, emotional, and sexual. Someone may never touch her but may still say things to her that hurt, or try to pressure her into doing things she doesn't want to do. Teach her that violence is not a sign of love and if she encounters it, she can come to you for help.

Be real about peer pressure whether it's from friends, or a future boyfriend

Your daughter is growing up in a generation that will be greatly impacted by content like 50 Shades. As aggressive pornography becomes more and more prevalent among young children even, she will go to school and play with friends who have been exposed to the images and the message. She may feel pressured to act a certain way or to watch certain things to be just like her friends or to make her boyfriend happy. Prepare her for that. Just because her friends want her to do it doesn't mean she needs to. Remind her that she can always come to you to talk it out.

Affirm her worth and value as a woman

I have found, in talking with young women after I present, that those who tend toward the more physically violent and commanding relationships are those who feel relatively insecure about their own worth and value. One young woman I spoke with detailed an emotionally manipulative relationship where her boyfriend constantly makes her feel like a failure or like she's messed up. She finds herself constantly apologizing for telling him she doesn't want to sleep with him, and he continually tests her boundaries in this area. "I hate how he treats me," she says, "but I try to make him happy because I'm so afraid of losing him. He's all I have and if he leaves, I would hate myself. I feel better about myself when I'm with him, even though I hate how he acts."

As a proactive parent, you can give your daughter the tools and foundation she needs to be able to stand strong and fight the lies of 50 Shades. 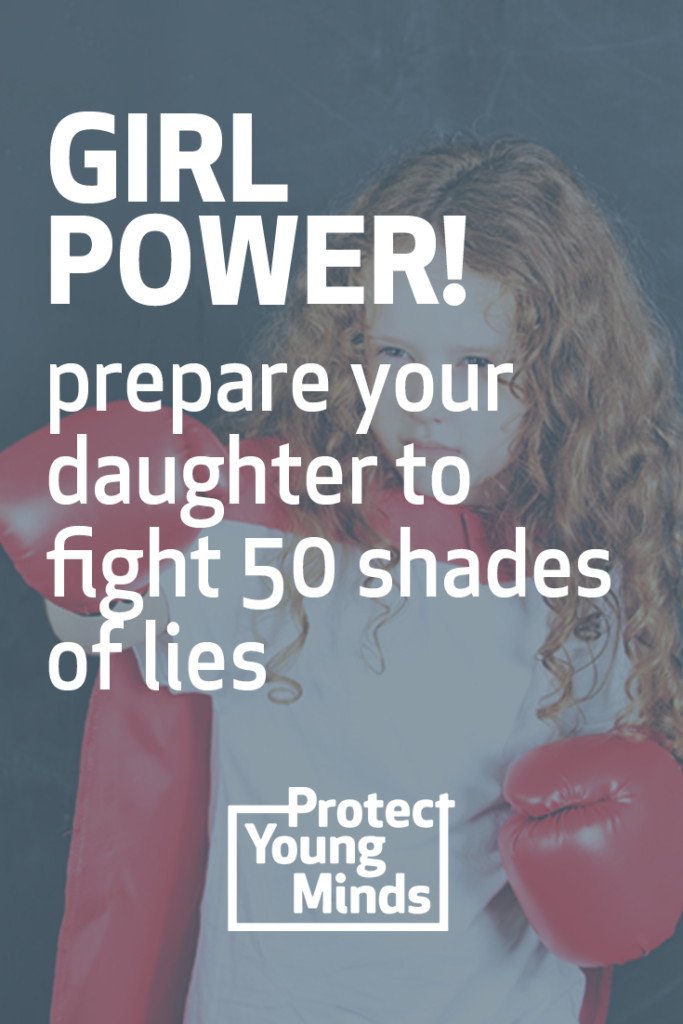 She travels and speaks at churches, colleges, schools, and conferences to help raise awareness, connect women to resources, and educate parents and leaders about the culture today's girls face.  Her newest presentation, #Ungroomable, is specifically designed to help parents raise teenage girls to be less susceptible to the grooming process used by predators. Find out more at beggarsdaughter.com.  Follow her on Facebook and Twitter @Beggarsdaughter.