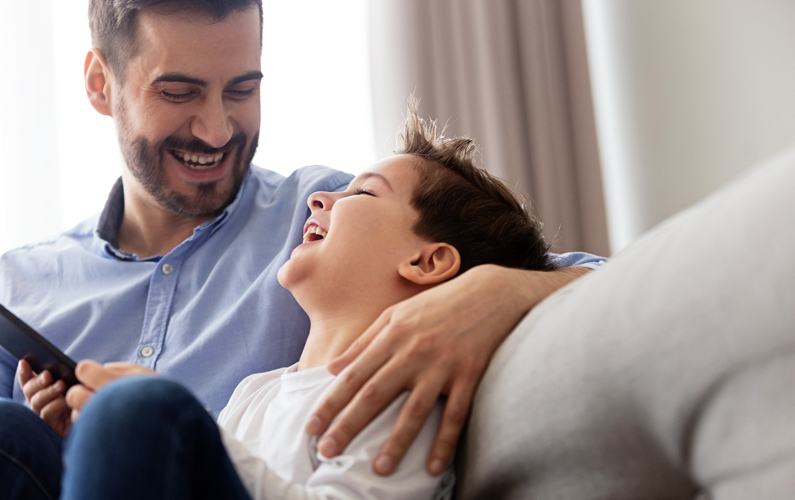 Should You Give Your Kid a Phone? Easy Guide with 3 Great Options: Relay, Gabb and ClearPhone

We agonize over when to give our kids their first phone, but what kind of cell phone to give them is becoming just as big of a question. Retailers are swooping in with phones directed at this new “first phone” market, like Relay, Gabb Wireless, and ClearPhone. But will these phones really keep kids safe from the dangers of smartphones?

Most of us recognize the danger (and expense) in handing a teen an iPhone with unfiltered access to social media and the internet.  Giving your child a phone can risk exposure to addictive games, cyber-bullying, pornography, and grooming. But phones without internet access are becoming less available as wireless providers offer fewer options.

New kid-friendly phones promise to protect your child from the dangers of a smartphone while keeping the benefit of instant communication. Here are four questions to consider when buying your child’s first phone.

Is a phone really necessary?

Smart home devices, such as Amazon’s Alexa or Google Home, allow kids to call their parents’ cell phones without the need for a landline or screen. And the drop-in feature allows parents to communicate with older kids while they run an errand.

The drawback to these devices is that they are not mobile. Like a landline, you can’t call your tween if they leave the house, or are not even in the room where the device is. Since smart home devices work by using your home wi-fi, they can’t be transported to different locations.

Does your child really need a screen?

For younger children who just need to let mom or dad know when soccer practice is over, consider a screenless phone. Many devices in this category are smartwatches with limited phone capability. However, many work only on wifi or only function on certain networks, so using them may be less than convenient.

The Relay by Republic Wireless promises to change that by using the latest smartphone technology in a small, screenless case. The Relay promises the instant, reliable communication of a cell phone without any of the screen time temptations. They function like a modern-day walkie talkie, with one button that communicates with the parent’s phone.

Does your child really need the internet and apps?

The downside to screenless phones, and their flip phone cousins, is the style factor. Many tweens old enough for a cell phone know that these devices aren’t “cool” and might reject them. You might know your tween isn’t ready for a full smart phone with access to the dangers of the internet, but that doesn’t stop them from wanting to look good with their friends.

Gabb Wireless hopes to solve the “cool” factor problem by offering tweens all the looks of a smartphone without apps or internet access. Their phones have the most functional tools of a smartphone—like a calculator, calendar, and camera—but end the constant battle over what apps to install by simply not having any. Their phones also don’t allow internet access or picture texting, which can protect kids from sexting and grooming.

Update: We interviewed 4 parents whose kids have been using the Gabb phone for a couple of months. See what they say about it here!

How will you filter content on your child’s phone?

If your child really is old enough for a fully featured phone, you may still want to use filtering and parental controls as a first line of defense. Though no filtering system is fool-proof, filters can be a way to remind your child of the standards you set together.

The iPhone contains powerful parental controls built into its most current iOS operating system. You can block specific apps—like internet browsers to prevent internet access—and can restrict app installation and removal to prevent kids from circumventing the filters. Most third-party filtering software doesn’t work as well on Apple products because iOS limits access to key functions to its own filtering software.

Related: iPad Safety Features Parents Are CRAZY Not to Use

For content filtering on Android phones, you have many different options from third parties. Some filtering programs force the child to use a specific web browser with content controls. Others create a virtual private network, or VPN, in order to filter all apps that can access the internet. Most of these services require a subscription and sometimes a separate charge per device being filtered.

Or consider buying a ClearPHONE, a modified Android phone designed for filtering capabilities, available starting next year. In addition to built in AI filters, ClearPHONE’s major focus is on internet privacy. The operating system has an ad blocker, which not only blocks inappropriate ads but helps prevent consumerism by reducing your child’s exposure to ads. The phone also blocks trackers which follow your tween’s internet activity and sell that data to advertisers.

How can you set limits on mobile screen time?

Another concern with giving a tween a cell phone is the amount of time they might spend on it at the expense of other activities. Having a screen with you constantly comes with the temptation to constantly be scrolling through social media or beating the next level on a favorite game.

Luckily, this is an area where device manufacturers have stepped up in the last few years to help. Apple’s Screen Time and Android’s Digital Wellness apps allow parents to block apps at certain times (such as during school) and set limits on the total amount of time that can be spent on certain apps (like games or social media).

Start the conversation about the first phone for your kids

Although time limits and filters are helpful, remember that it is not a guarantee of safety, only a first line of defense. Talk to your child about why they want a phone, if they really need a phone, and the dangers that come with having internet access in your pocket at all times. And consider whether they are upholding other household rules and are ready to responsibly use a smartphone. 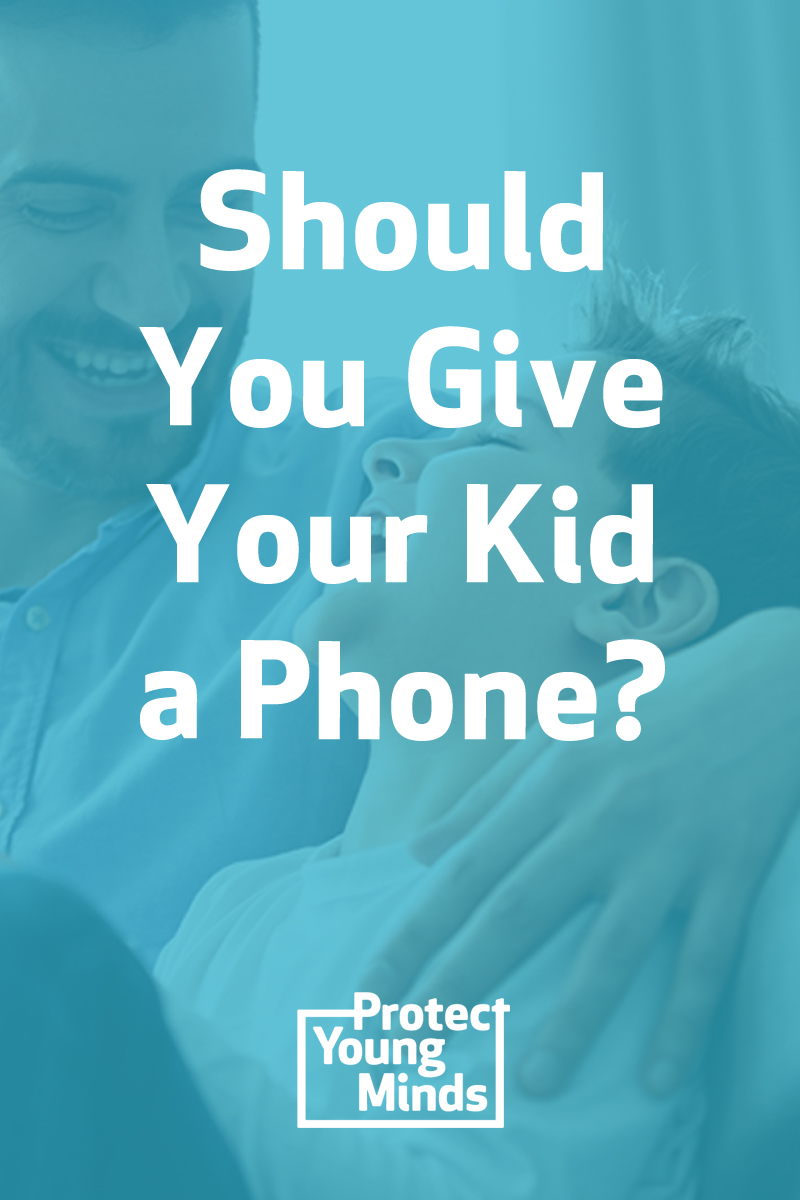 Liz Busby is a writer of creative non-fiction and speculative fiction. She has a BA in English.

For the last ten years, Liz has been a stay-at-home parent of four children. When she’s not being clamored for and climbed over, she enjoys reading, long distance running, yoga, and playing board games and video games with her husband. She loves to travel, particularly to England and Japan.

Liz lives in Bellevue, Washington, and enjoys the green growing things and gray skies of the Pacific Northwest, even though her heart will always be in her hometown of Cottonwood Heights, Utah.