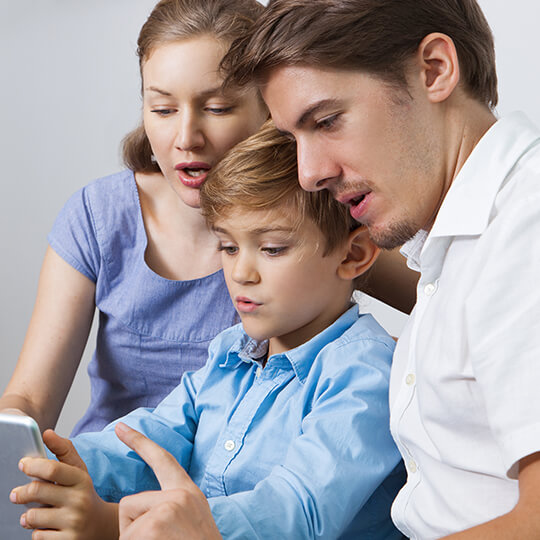 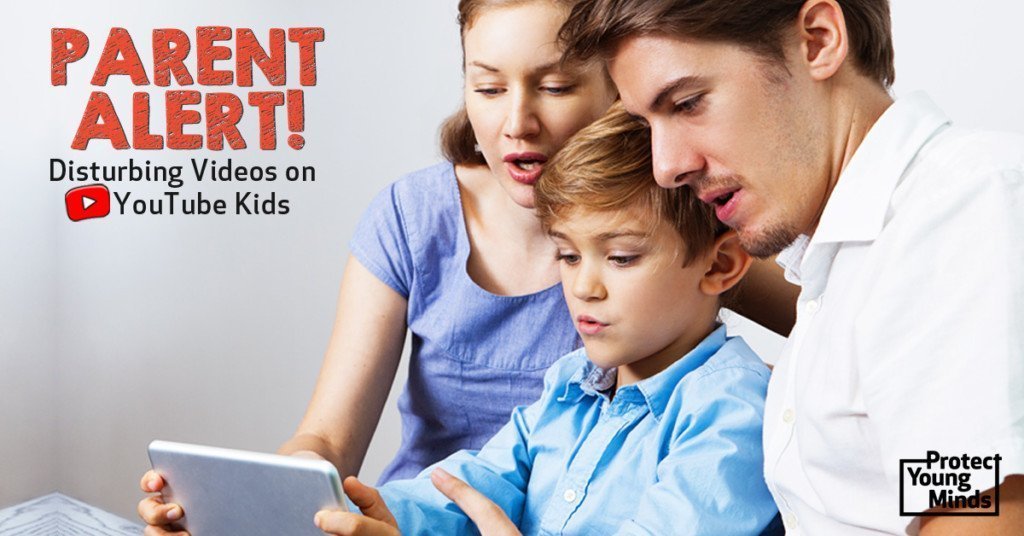 It’s horrifying to realize that kids viewing these videos can be exposed to:

Staci Burns recently shared her YouTube Kids horror story with the New York Times. She had assumed her 3-year-old son was watching a familiar educational cartoon. Never did she imagine he was being exposed to creepy knock-off videos of Paw Patrol with suicidal themes!

Staci was furious to discover content so clearly unsuitable for children could find its way onto YouTube Kids. (You’ll discover below, it’s not that uncommon!)

Responding to Burns’s experience, Dr. Michael Rich, a pediatrics professor at Harvard Medical School and the director of the Center on Media and Child Health, agreed that the content of these disturbing videos could bring up a host of negative issues in children.

“It’s just made that much more upsetting by the fact that characters they thought they knew and trusted are behaving in these ways.”

Variety magazine elaborates on what other surprises could be waiting for young children on YouTube Kids:

“[There’s] a bizarre subgenre on YouTube using children’s characters in freakish, violent or sexual situations. Examples include Nickelodeon characters dying in a fiery car crash and pole-dancing in a strip club, and popular British kids’ character Peppa Pig drinking bleach or enduring a horrific visit to the dentist.”

Recently, YouTube cracked down and terminated an entire channel called Toy Freaks, “a channel that featured videos of a single dad and his two daughters in odd and upsetting situations.” But not before it earned 8.53 million subscribers! Toy Freaks was among the top 100 most viewed channels on YouTube. It was only shut down after YouTube (finally!!) determined that the videos “attracted audience members who do not have children's best interests in their hearts.”

ElsaGate is yet another sick phenomenon YouTube Kids is scrambling to clear off its platform. These videos feature Spiderman, Frozen Elsa, Joker, Mickey Mouse and other familiar characters in the context of extremely inappropriate topics —all targeted at kids.

Many are concerned these bizarre videos are produced for a purpose more sinister than a quick cash grab. Obsessions with bondage, kidnapping, violent acts, bodily functions, and masked onlookers (usually Spiderman and Joker) may be fetishes associated with pedophilia.

Without concrete evidence it’s difficult to prove the videos have been uploaded for the purpose of luring and grooming children. Still there is no excuse for YouTube Kids allowing such disturbing content to remain in circulation as long as it has.

We know child predators have a strong presence on YouTube Kids when even fairly innocent videos uploaded by children are attracting tons of sexual comments!! BBC News Trending just reported on how Google, parent company of YouTube, has been unresponsive to reports made through their public flagging forms. These comments are so vulgar they would not read or show them in the following video report:

Many YouTube “trusted flaggers” think that the mechanism for reporting obscene and inappropriate comments has been broken for at least a year. They believe “there could be up to 100,000 predatory accounts leaving indecent comments on videos.” This is clearly an example of predatory child endangerment for which Google needs to be accountable.

The purpose of this post is to warn and inform parents. Keep reading! We’ve got resources to help you protect your kids and restore your faith in humanity!!

Recently YouTube has taken measures to remove some of the most offensive videos targeted at children. It should be noted however the decision to do so was not a gesture of good will towards the thousands of subscribers who sent in complaints. Rather it was a response to lost revenue in advertising.  Read what Forbes has to say:

“It’s only after major advertisers such as Adidas, Mars, and Hewlett-Packard paused advertising on YouTube that the site has made a major effort to clean up the disturbing content aimed at children."

A recent post on YouTube’s official blog says this:

“In recent months, we've noticed a growing trend around content on YouTube that attempts to pass as family-friendly, but is clearly not. While some of these videos may be suitable for adults, others are completely unacceptable, so we are working to remove them from YouTube.”

Their new measures include:

What you CAN DO

First, understand that where children play, predators prey. In other words, any platform designed for children has the potential to attract child predators. We know that raising children in the digital age requires more vigilance then perhaps any other generation. That’s why we’re here to help!

For children ages 2 to 5 years, limit screen use to 1 hour per day of high-quality programs. Parents should co-view media with children to help them understand what they are seeing and apply it to the world around them.

For children ages 6 and older, place consistent limits on the time spent using media, and the types of media, and make sure media does not take the place of adequate sleep, physical activity and other behaviors essential to health.

Designate media-free times together, such as dinner or driving, as well as media-free locations at home, such as bedrooms.

Create your own Family Media Values

While YouTube Kids struggles to get their act together, what should parents do?

One parent opted to inform her 6-year-old daughter about the fact that creepy, scary and inappropriate videos were getting uploaded to YouTube Kids. Her daughter suggested they delete the YouTube Kids app from their family iPad and they did!

That might not be your answer, but we love how this suggestion came from a 6-year-old! It's important to create some media standards for your family to follow. INCLUDING your kids in that creation process will help them feel ownership--and they may surprise with their suggestions!We all cheered when YouTube Kids came out. Finally a safe place for kids to watch their favorite videos! Unfortunately, millions of disturbing YouTube Kids videos have been uploaded, bypassing filters meant to keep kids safe. (Keep reading to find our list of alternative parent-approved kid sites.) 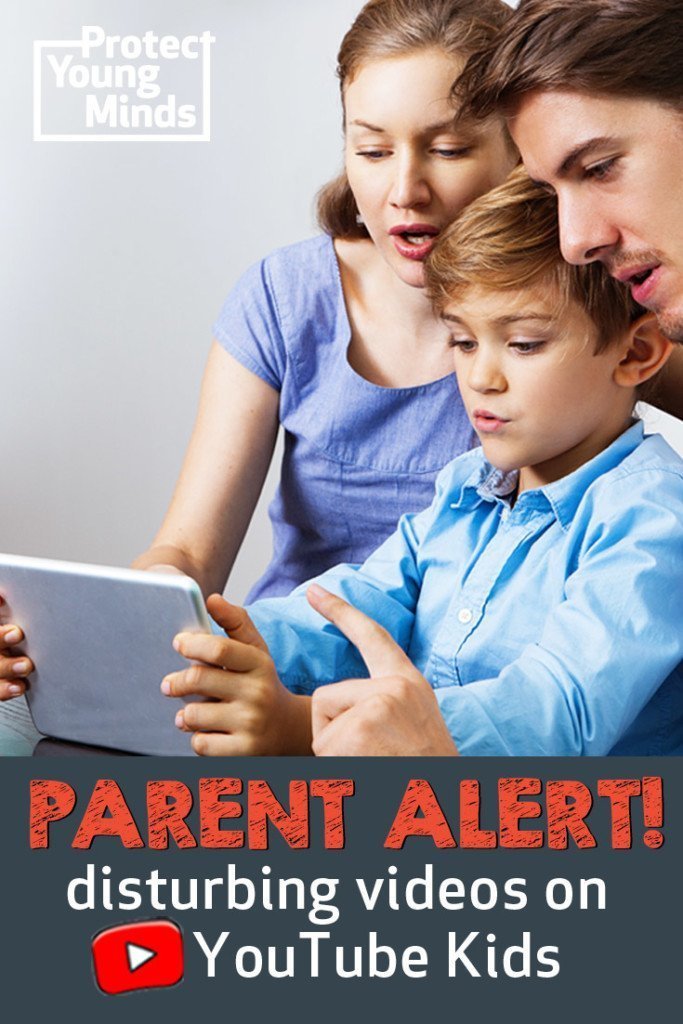