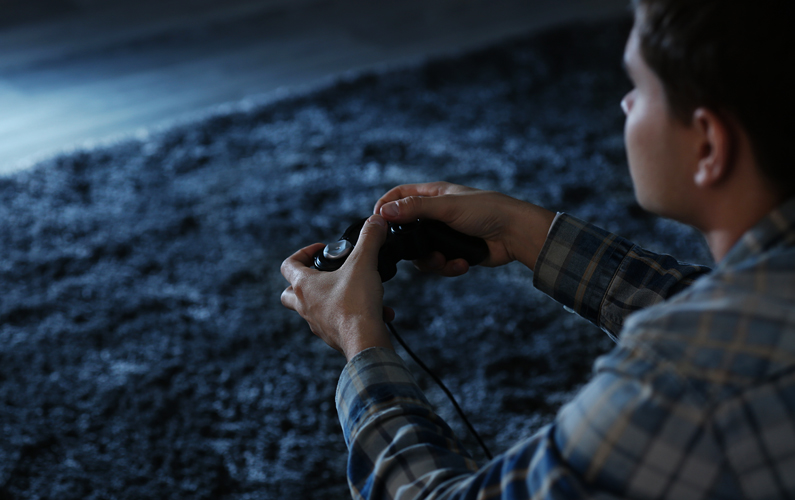 Today’s post focuses on sexual objectification in video games. We talked with a gaming mom to get her take on the issue:

I first saw objectification in video games when I was about 10 years old, playing the newly released Tomb Raider with my cousins at a sleepover. The exaggerated body proportions of Lara Croft made us tween girls giggle uncomfortably, but I didn’t know why. Now as a mother with four children who love video games, I have a word to label that feeling: objectification. -Gaming mom

Sexual objectification in video games is still a big problem, but we can teach our children to identify it and fight against it. (Don’t miss our 7 tips for talking with kids below!)

Objectification is treating a person as an object, usually for sexual gratification. When we objectify someone, we don't consider their needs, wants, personality, or inner life. Women are often objectified in the media, treated as a collection of desirable body parts rather than an individual. Female characters often exist only to be an object of desire for the male main character.

How common is objectification in video games?

In a word, pervasive.

Perhaps no character represents the objectification of female characters better than Lara Croft of the Tomb Raider video game series. In the original game released in 1996, Lara Croft has exaggeratedly large breasts and hips with a tiny waist. She wears a sports bra and hot pants, even though she is an Indiana Jones-like adventurer and archeologist, jumping from ledges and climbing vines.

According to Teresa Lynch, a media communications researcher at Indiana University, Lara Croft’s ridiculous physique started out as a joke among the mostly male developers and continued into the published game. When the video game industry started in the 1980s, the majority of video game programmers were male, and “jokes” like this happened all the time.

The assumption was that video game players were men and that objectified female characters would sell games. You can even see the difference in attitude toward female characters by comparing the original PAC-MAN, a generic yellow pie, versus Ms. PAC-MAN in the sequel, who features heavy makeup and long shapely legs.

Though Lara Croft has been made over in recent games to reduce the ridiculousness of her figure and give her more suitable clothing, finding characters to replace her is not difficult. Most of the female characters in fighting games, such as Soul Calibur 6, wear little more than lingerie while male characters wear costumes more appropriate to battle. The adventure game Bayonetta features the titular protagonist losing more and more of her clothing as she learns more powerful attacks. The list goes on and on. Video game companies even created specialized "boob jiggle physics" engines to further the “realism” of their objectified characters.

Fighting back against objectification in games

In 2014, a movement by female gamers and feminist critics sought to address the overwhelming problem of objectified female characters. Anita Sarkesian, on her site Feminist Frequency, created a video series entitled “Tropes vs Women in Video Games” criticizing common objectifying tropes in games.

The resulting backlash was called Gamergate. Outspoken male gamers participated in a campaign of cyber harassment and even death threats against Sarkesian and anyone else who questioned the role of female characters in games. This problem brought to light just how poisonous the community could be towards women.

Other parts of the video game community have begun to learn from and fix their objectification problems. Some great games featuring realistic female protagonists have come out recently. 2018’s indie platformer sensation Celeste is a great example of a game that not only put its female protagonist in appropriate clothing but gives her an internal life and mind.

‍How does objectification affect us?

Objectification is prevalent across magazines, television, and movies, so perhaps it's no surprise that it would end up in video games. However, video games differ from other media: they are active rather than passive. In a game, you control the character herself or interact with her directly. Perhaps as a result of this, video games can have an outsize impact on our perceptions of the world.

Women also are negatively affected by video games that objectify women. Playing these games reduced women's sense of self-efficacy, the sense that they had control over their life. The video games also increased their self-objectification, viewing their body as an object of desire by other people rather than a useful tool to do things in the world.

7 Tips for Talking about objectification with kids and teens

So what's a parent to do? Keep kids away from video games entirely? Chances are, even if you keep video games out of your house, kids will be exposed to them at friends' or relatives' houses.

My parents only allowed the tamest of educational games in our home, so I was unprepared for the games I met at my cousins’ house. -Gaming mom

And not all video games are bad, just like not all TV shows or movies are bad. They are a popular way for kids to socialize, and they can be used to build relationships.

Here at Protect Young Minds, we advocate for helping kids develop an internal filter. You can do the same with video games. Here are a few doable steps you can take to help your kids be smart about their video games:

Discussing objectification with kids will help them make smart decisions about video games as well as all media. This is also an opportunity to teach kids to be responsible consumers. Teach kids that playing games that objectify women supports and perpetuates the problem. Choosing games that don’t objectify women supports the companies that are trying to change the culture of objectification in video games. 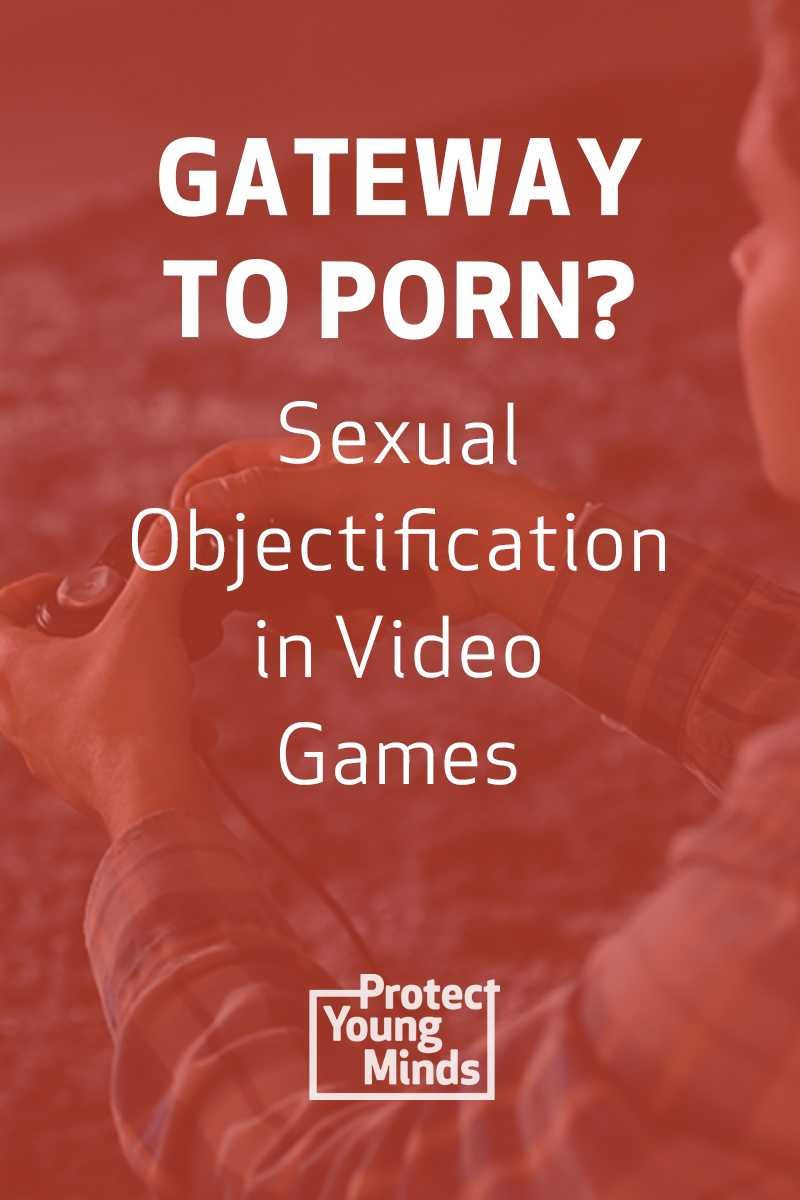