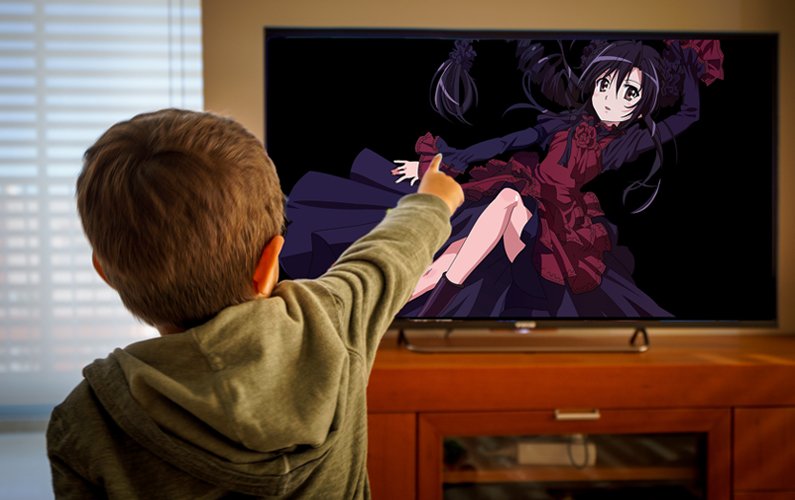 Anime--the Japanese adaptation of the word animation--conjures up cartoon series like Digimon, Pokemon, Yu-Gi-Oh and others that have been loved by kids for decades. But just because it’s animated or in cartoon form doesn’t mean it’s appropriate for kids. Many parents have asked us, “Is anime safe for kids?” With the help of Protect Young Minds readers Chris and Charmaine Wagner*, we’ve pulled together a primer on anime--the good, the bad and the questionable.

In this article you’ll find:

Answering the question: Is anime safe for kids?

Not all anime is sexualized. Anime is simply an art form. However, parents should know that there are many genres within anime that are sexualized and even pornographic. That's why it’s so important to research each anime show your child wants to watch.

First, let’s have a word about nudity. Nudity in a non-sexual situation is not considered objectionable in Japan. Public baths are sex-segregated and normally attended naked. Any anime that has not been censored for the U.S. market could have moments of nudity. They are usually bath scenes, embarrassing moments, or superhero transformations.

We at Protect Young Minds never encourage shame about any part of the human body. But it’s a good idea to know what your child may be exposed to.

Here’s what you can do:

Choosing anime that is safe for kids

Here are some resources that will help parents choose safe anime for kids. We’ve also included a list of totally appropriate anime based on children’s books.

How to Choose Anime for Children: This article on Wikihow is a very helpful introduction to anime, with great advice for parents.

Anime based on books that are totally appropriate for kids

Anne of Green Gables: Based on the novels, this anime is perfect for the whole family to enjoy together. Watch free on YouTube.

Kiki’s Delivery Service: A movie about a young girl that is a witch and uses her magic for good by starting her own delivery service. Get the Blu-Ray here, watch it on Amazon Prime Video or rent it on YouTube.

Little Women: Based on the novel by Louisa May Alcott. Watch for free on YouTube.

Sherlock Hound: A smart adaptation of the famous detective novels Sherlock Holmes, in which all of the characters are different types of animals. Watch for free on YouTube.

Deltora Quest: This anime is based on the fantasy book series by Emily Rodda. Watch for free on YouTube.

Monkey Magic: An adaptation of the ancient Chinese folktale. Available on DVD here.

Moomin: Based on the kids books, this is a story about cute creatures called Moomins and the fantastic adventures they get into. Watch for free on YouTube.

Mottainai Grandma: A short educational multilingual (similar to “Dora the Explorer” but with Japanese & English). This is about a boy that learns virtues from his grandmother. Respect for elders and themes of teamwork and respect are prevalent in this anime. Watch for free on YouTube.

If your child is interested in anime and you’re not, we recommend you review and understand these terms. They are not listed in alphabetical order, but in an order that makes sense to introduce this topic.

Shonen ai /show nen I/ Literally “boy love.” A genre focusing on romantic relationships between boys that portrays emotional and relational drama. It is not considered yaoi because the sexual behavior is usually suggested instead of being graphically depicted. (Alternate spelling “Shounen ai”). Here’s an example:

Shotacon /show ta con/ The male equivalent of lolicon. A “shota” is a boy who is sexually objectified in this genre of anime.

Waifu /why foo/ A female character that the viewer is romantically attracted to and would have a relationship with if she were real. Sometimes used as a joke, but for some it becomes a strong obsession. For example, a “waifu pillow” is a body pillow case with a print of the character on it--the images are almost always seductive or pornographic. They are produced, often without copyright permission, of even the most innocent characters. The word is a fanciful Japanese pronunciation of “wife.”

Husbando /huz bon doh/ The male equivalent of a waifu.

2D Love A preference for forming relationships with two dimensional anime or manga characters. Sometimes the viewer or fan will even forswear 3D love with real people as a result of social anxiety, dysfunction or a devastating rejection by a 3D love interest.

Shipping Derived from the word “relationship”, shipping is done by fans who match up anime characters in a fantasy relationship, not always but often sexual. These “ships” can involve same sex (“slash” or “fem-slash”) polyamory, interspecies, wide age differences and more.

Harem A sub-genre of romantic comedy where one boy is pursued by many girls. Also, a collective term for all of a fan’s waifus.

Fan service Usually indicates sexual content created to please fans. For example, Funimation has a page of “Fan Service” anime which includes the series “Yamada’s First Time” about a high school girl who is obsessed with her goal to have sex with 100 guys during high school. Watch out for anything labeled “Fan Service”!

Cosplay /coz play/ Costume play or dressing up as a character, usually at an anime convention or other anime event.

Because most anime is produced in Japan, which is culturally different from North America, you can expect that kids will be exposed to potentially different value systems. In fact, child pornography (CSAM) was finally banned in Japan in 2014, so it has a long history of acceptance there. That is unfortunately reflected in many genres of anime.

Anime is an extremely vibrant and creative medium that explores topics which would be difficult to explore in live action. My adult daughter has favorite anime shows that explore a variety of fun ideas and social issues. But she reports that it’s hard to find “appropriate” shows. Besides sexual content, many shows are excessively gory, violent and dark--some even showing children being murdered. Her opinion is that she finds more appropriate selections on crunchyroll.com than on Netflix. (Again, don’t allow kids to search for shows on their own.)

Anime and manga can be great fun! And they can provide lots of opportunities to discuss family media standards. The point is to help kids develop an internal filter. Kids can learn to choose the good and reject the bad in the digital content they consume.

*Chris and Charmaine Wagner first met at an anime convention in 2009 and were married in 2012. They are life-long anime fans and have both studied Japanese. 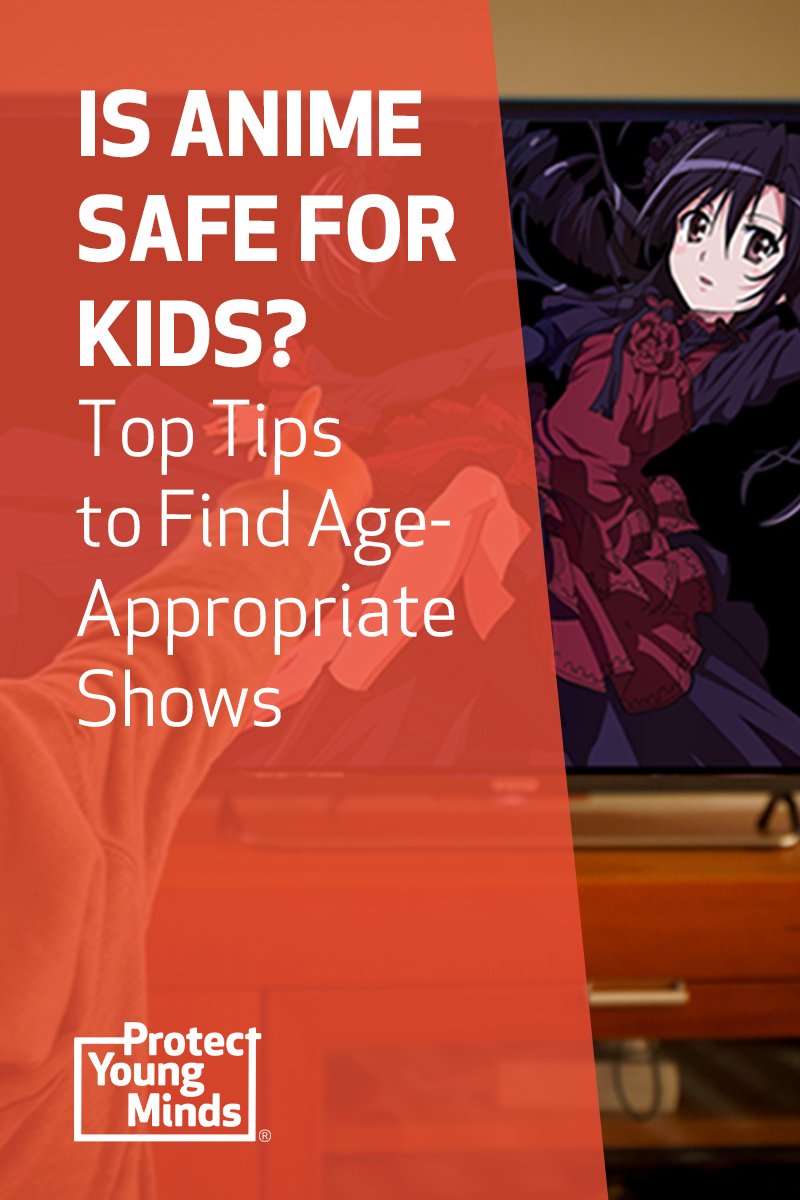