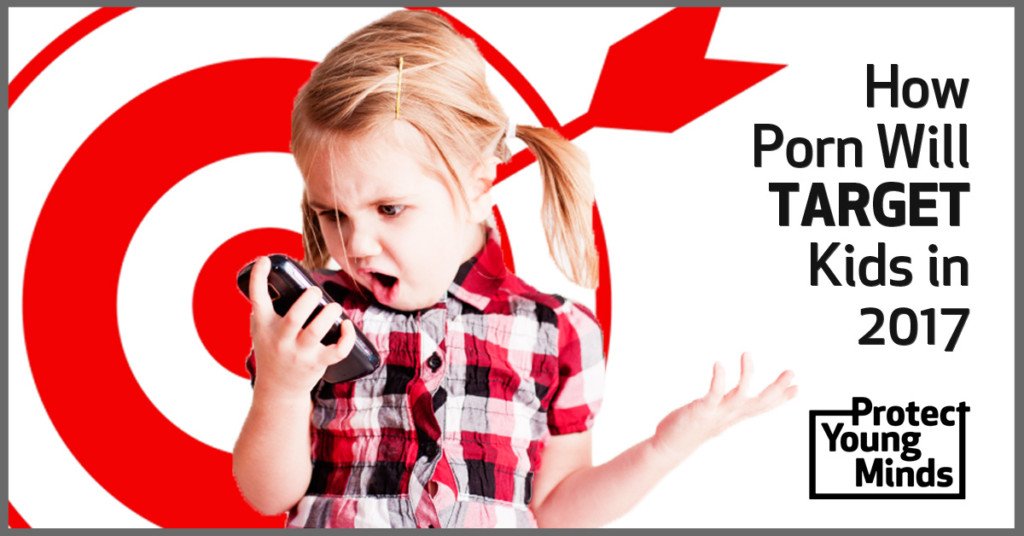 Keep Kids Safe! How Pornography will Target Your Kids in 2017

Parents are most effective at protecting kids (and helping kids protect themselves) when they stay current on the ways pornography subtly and overtly targets children.

We could not possibly cover all the ways kids might be exposed to pornography, but here are some of the places pornography will be lurking in 2017:

Fifty Shades Darker, sequel to 50 Shades of Grey, will be in theaters this February. Even if your kid doesn’t go see it (and we hope kids won’t), children may see messages about the movie in media and hear others talking about it. Or they might see the 50 Shades trailer when they go to the theater to see something else.

On World Book Day in 2011 , Liam Scholes, age 11,  went to school carrying cable ties and dressed as Christian Grey, a main character in the sexually explicit book 50 Shades of Grey. Liam’s mother defended him. She asserted, “every child knew who he was. I don't think he's gone as something that has not been accessible to children of his age before.” If kids didn’t know about Christian Grey before World Book Day, Liam’s costume certainly gave them an education. Parents need to know that ideas found in 50 Shades are impacting young kids.

What parents can do to help keep kids safe: Read 3 Things Your Kids Need to Know about 50 Shades of Grey and start having conversations with them. Don’t let your kids first hear about the new movie from their friends or strangers--make sure you introduce it and inoculate them with your values.

Musical.ly, a popular lip syncing app, has exponentially grown its user base of mostly pre-teens and teens over the past year. Many users indicate it’s common to come across pornographic content.

The New Daily, an Australian newspaper concurs. This paper reports that it had “located dozens of videos depicting explicit sexual activity” within a half-hour of logging on to Musical.ly. Although Musical.ly insists that it removes all inappropriate content within 15 minutes of a user flagging it, content flagged by Daily News reporters remained visible 10 days later.

Even when an account is set up as private, kids are still in danger of being exposed to pornography. There is no way to control what content might appear on a user’s screen.

Though U.S. law says users should be at least 13, Musical.ly doesn’t ask for age when someone signs up.

Additional Warning: If privacy settings are not set up, anyone can see a user’s content and contact that user. According to this report, Officer Michael Harris of the Jefferson County Colorado Child Sex Offender Unit “recently went out to Edgewater Elementary...where at least twenty 3rd graders received inappropriate messages from predators on the [Musical.ly] app.”

Update: Musical.ly is now Tik Tok and is on the National Center on Sexual Exploitation's 2020 Dirty Dozen List. See why AND what YOU can do about it here.

What parents can do to help keep kids safe: Go to this site and take action. The National Center on Sexual Exploitation has made it easy for you to email Amazon executives and ask them to stop facilitating the sales of products and services that are linked to sexual exploitation. You can also copy the meme below and use it on social media with #NotMyAmazon. Let’s all tell Amazon that we want them to enforce their own policy which prohibits pornography from being sold on their site.

How exciting would it be to anonymously get online and meet strangers face to face using video live streaming? Apparently for millions of bored kids and lonely adults, it’s thrilling.

One of the most popular of these sites is Omegle. No “sign up” required. This site is 100% anonymous. It’s also available as an app.

Unfortunately there’s a lot of explicit pornographic content on Omegle. Worse, it’s a known place for child sexual predators. And anyone can use screen capture programs to record anything and anyone streamed via these sites.

“We’ve had kids as young as 8-years-old that are sending [explicit] videos,” said a sex crime investigator. And these increasingly sexualized videos from kids are being used by predators as a form of a vile “sextortion.” Kids who’ve made the mistake of sending one somewhat sexualized video are blackmailed into sending more and more explicit videos.

What parents can do to help keep kids safe: Just say no to anonymous live streaming. (Search for Omegle and you’ll see several other “Omegle alternative” live streaming sites.) There is nothing redeeming here for kids. A general rule is that kids shouldn’t talk to people online that they haven’t met in real life, unless a parent or teacher gives them specific permission to do so.

Virtual Reality is a powerful force that will impact children in both positive and negative ways. As its availability and use becomes more widespread in 2017, parents need a VR reality check.

If you think your kids get lost in conventional 2D flat screens, wait until they experience the total visual immersion of VR in the privacy of their headset (where parents can’t see what their child is watching). VR is available on the Oculus Rift, HTC Vive, Samsung Gear, and Sony Playstation, and pornography is already available for each of these platforms. The jury is still out on whether heavy use of VR could negatively impact a child’s developing visual perception.

It may sound like we’re anti-VR, but we’re not. It will be used to vastly improve education, medical, science and military training as well as to increase empathy and motivation to solve social and humanitarian problems.

However, the flip side is VR’s increased power to addict its users. As reported in an article on VB, Dr. Andrew Doan, the head of resilience and addictions research for the U.S. Navy, has real concerns about VR and addiction:

Because virtual reality is more arousing to the brain and neuroendocrine system, we may see more problems with addiction and abuse as devices become accessible to more people.

What parents can do to help keep kids safe: We would encourage parents to do your research on this one! It’s a powerful technology and warrants a deliberate approach. At the very least, develop strict time limits and content agreements with your child beforehand. And consider whether your children under age 13 should use it at all.

The "Holo-Cam" shows will be filmed in a special studio to work with those inexpensive transparent pyramids that you place on top of a desktop, tablet or phone's screen. The reviews of CamSoda’s Holo-Cam aren’t that great (tiny size, low resolution), but as with any new technology--this is just the beginning.

Is it possible to keep kids safe?

Do you feel overwhelmed thinking about this?

In other words, you may not be able to prevent all pornography exposure, but you can help your child minimize the negative impacts of being exposed. You can keep kids safe from the harmful consequences of pornography on their developing brain.

Yes, we live in challenging times, but parents can educate ourselves and others as we empower our children to face this challenge head-on.

The #NoThanksSnapchat media campaign and a petition launched by former Miss Utah, Malissa Richardson, was a success.  It got over 25,000 signatures and led to Snapchat changing it's policy. Since we published this article in early January, Snapchat has announced it "will be updating its policy on the content posted by publishers on the Discover feature" and also "creating a new tool that lets publishers prevent users who are under age 18 from seeing certain content."  Snapchat still isn't completely risk free; however, we are ecstatic to see these positive changes. We say #ThanksSnapchat and thanks to all our fans who supported this effort!

Get answers to these important questions: 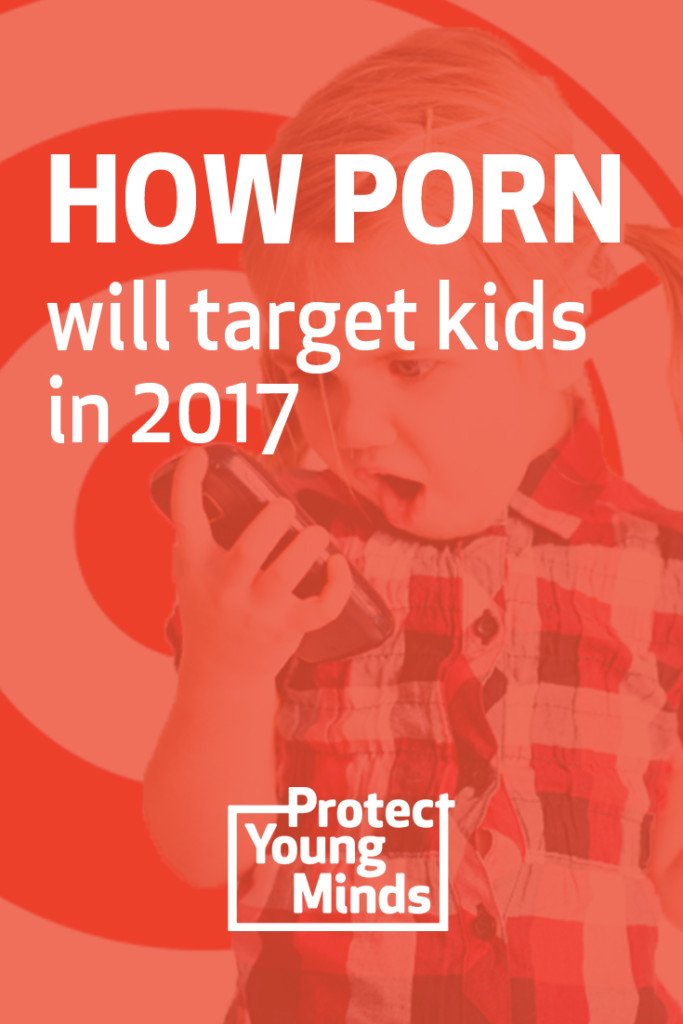