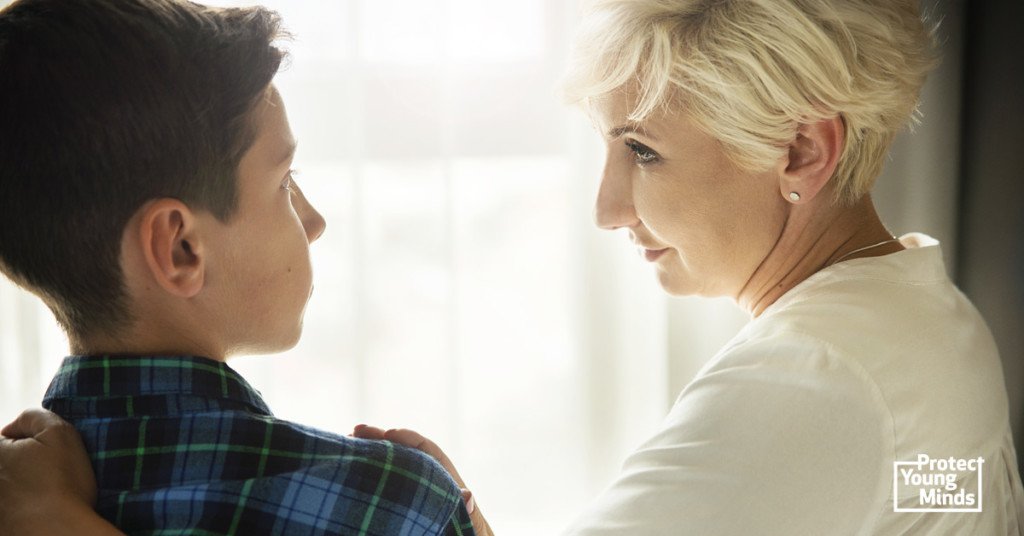 One Secret to Make Embarrassing Talks Easier for Kids

Recently I spoke with a mom who is helping her teenage son to overcome an addiction to pornography. To protect her and her son’s privacy, she goes by a pseudonym, Cynthia Sleepy. Here’s her secret for making their conversations about pornography easier to begin. The benefit? Helping her son get the support he needs right away.

My son James (not his real name) was fifteen when I was invited to sit in on a session with his therapist. James’s father and I had been periodically catching him with pornography for a couple of years.  Occasionally James had voluntarily come to us and told us that he had had another issue with pornography, but usually he didn’t.

Other times we would find evidence that he had been using it and talk to him, but we were aware that most likely he was frequently using pornography without our knowledge.

My husband and I had limited our family’s access to pornography in every way we knew how. All devices in our home had filters and passwords that we did not share with our children. We had turned on parental controls on our browsers, apps and devices. None of our children were permitted to own smart phones, and my husband and I both kept our smart phones locked with passwords.

During the counseling session that day, the therapist was discussing James’s most recent experiences with pornography. I asked James, “What could I do when we are discussing an issue you have had with pornography that would make you more likely to tell me?” He said, “Mom, you don’t need to change anything. You’re not making me feel ashamed and you help me. But it’s embarrassing.”

His response made perfect sense to me.  What fifteen-year-old boy wouldn’t find it embarrassing to admit to his mother that he had once again used pornography?

I reminded James that if he chose to make pornography a part of his life, that his father and I wouldn’t be able to stop him; there are too many sources of pornography for us to block them all. But if he decided that he wanted to live a life without pornography, then his father and I could be a resource to help him with that.

I asked James what words he might use to start the conversation with me the next time he had used pornography. He suggested that he could say, “Mom, can I talk to you in private?”

I thought it was a perfect suggestion because his sisters say that to me all the time. (Then they usually just tell me about what happened on the playground at school that day.) So no one would suspect James of anything uncomfortable if they heard him use that phrase with me. I told James this was now our code phrase and when he said it, I would know that a disclosure was coming. He agreed.

The next morning I was folding laundry in my room when I heard a knock on the bedroom door.  It was James. He said, “Mom, can I talk to you in private?” I invited him into the room. Though my heart sank at the realization that he had once again used pornography, I was relieved that he was brave enough to tell me about it.

Deciding on a conversation starter had helped James to find the courage to overcome the embarrassment barrier.

3 steps to overcoming the embarrassment barrier

Keeping pornography exposure or use a secret because talking about it is embarrassing almost always leads to more shame and more compulsive use. Whatever we can do to encourage openness and honesty is key to healing and ultimate recovery. 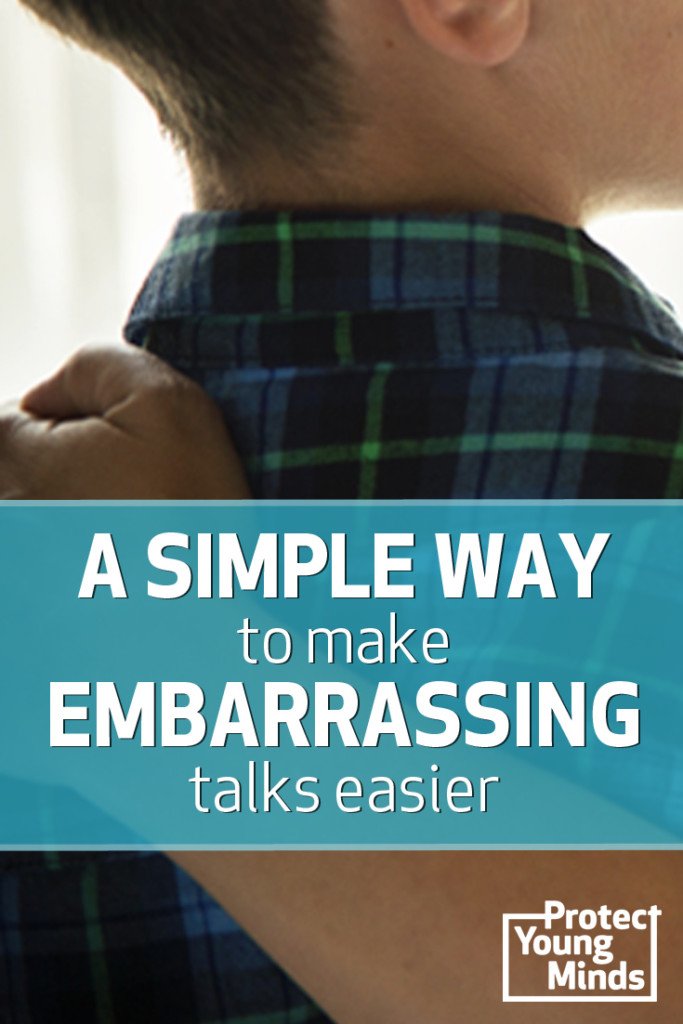