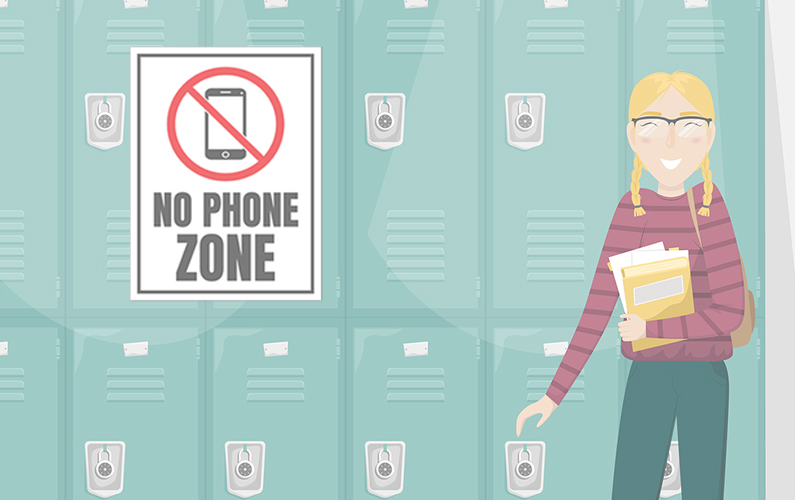 Schools Turn Cell Phones Off to Turn Learning On

Great News! Schools are helping kids get off their phones!

There’s a growing trend that’s making waves this year in classrooms around Canada and the United States: mobile phone bans in classrooms!

San Mateo High School in California is using a novel approach to limit cellphones in their schools.  To enforce their ban, students place their cellphone in a fabric pouch from Yondr that locks up the phone. Students keep their phones in their possession but can’t use them until the end of the day. When the bell rings to go home, the Yondr pouches are opened by swiping them over an unlocking device.

It comes at a cost. Each pouch costs $12.00 to lease for one year. This amounts to over $20,000 to cover all 1700 students at San Mateo High School.  Alumni, parents and community donors all pitch in to share the cost.

San Lorenzo High School in California also adopted the Yondr pouches in their school tech policy, as featured in this CNBC report:

Other schools are also jumping on the little-to-no cellphone use during school hours:

Montreal, Canada: St. Thomas School High School requires students to keep their cellphones in their lockers all day.  If a student is found texting, calling, or using social media while on school property, her device will be confiscated during school hours.

Western Michigan:  Several school districts have restricted the use of mobile  devices both in the classroom and on school property. For example, in Kalamazoo, cell phones are banned in locker rooms and washrooms for safety concerns.  Portage High School does not permit accessing or updating social media sites such as Facebook or Twitter during school hours.  Comstock Public Schools have banned texting during school hours.

Ontario, Canada:  Beginning in November 2019, all elementary and high schools in Ontario will restrict any personal mobile devices in the classroom for non-instructional purposes.

Studies on digital distraction in the classroom have been out for some time.  There is also a growing body of research linking mental health and media use in teens.

One study found that students who did not use their mobile phones while watching a video lecture wrote down 62% more notes and achieved a full grade and a half higher on a multiple choice test than their peers who did use a cell phone during class!

The link between cursive handwriting and improved literacy is well known among literacy advocates.  Writing by hand improves memory, spelling and vocabulary skills in young learners.   Limiting tech, especially in the younger grades, encourages teachers to re-introduce cursive instruction back to the classrooms.

A study of three large surveys of teens in two countries found that those who were the lightest users (less than 1 hour per day) of digital media (smartphones, social media, gaming) reported the highest in mental well-being.

We all understand the joys of our always-wired world—the connections, the validations, the laughs … the info … But we are only beginning to get our minds around the costs. Andrew Sullivan, New York Magazine

Some parents are piggybacking on the school’s digital limits by restricting device use in their own homes.  Anni Mills, a mom whose son is attending St. Thomas School in Montreal, has changed her own family’s practices  as a result of her school’s cellphone ban.

From Monday to Thursday, children must place their electronic devices on the counter when they get home and are not allowed to use them for the rest of the evening.  There are two exceptions: using them for homework or communicating with others for a planned activity such as sports practice.

Mills’ verdict on the cellphone ban? "I think it's wonderful, and I think all of the schools should adopt it.  It’s a really good place to start for everybody."

“I’m in favor of cell phone bans in high schools, not just for their potential impact on academics and social interaction, but also for the mental health benefits to students.” Paul Weigle, MD/Psychiatrist and advisory board member of Children and Screens, an interdisciplinary research organization.

Related: A Timely Tech-Check for Your Kids’ Back-to-School Safety

The beginning of the school year is a good time to get up to speed on what technologies your school is using, including having important conversations with your kids about online safety and managing screen time.

If the thought of minimizing tech distraction at your kid’s school sounds appealing, here are some next steps:

We realize some people feel that banning mobile phones is a drastic approach, and there can be good uses for them in learning. We hope this sparks conversation among educators, parents, and students about ways to optimize the benefits and minimize the risks of technology at school. 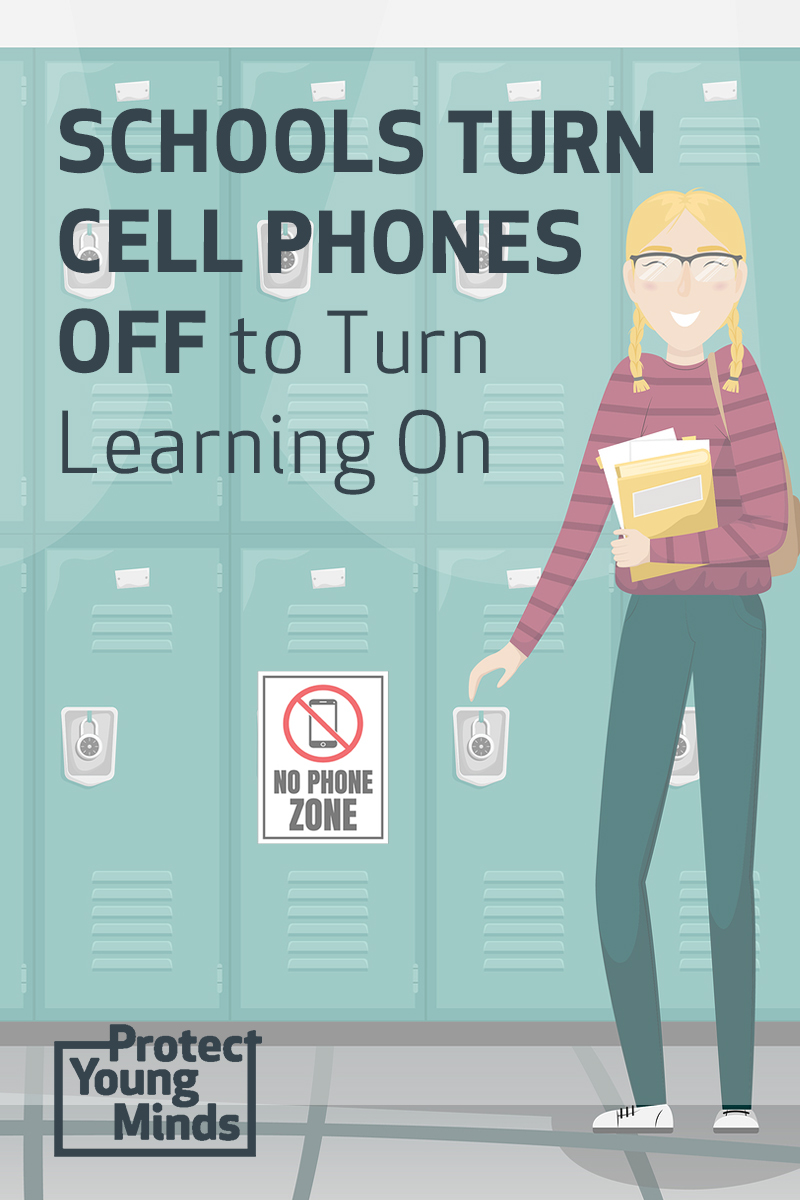