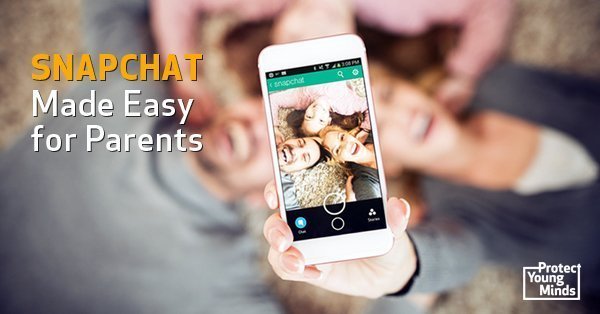 Snapchat Made Easy for Parents

The number of social media platforms is dizzying! Out of all of them, why should you pay attention to Snapchat? Because in the past couple of years, Snapchat has taken over as the clear favorite of teens. That’s right, 45% of teens say Snapchat is their go-to social network, eclipsing Instagram, Facebook and Twitter.

Our kids have been raised in a visual culture, and Snapchat fits right in with that interest. Snapchat is a tool for creative self-expression and social communication.

"When you see your children taking a zillion photographs of things you would never take a picture of, it's because they're using photographs to talk,” Evan Spiegel, Snapchat founder and CEO.

Snapchat is an app that allows users to send photos, videos or messages that disappear after a set time limit. The idea was to provide some level of privacy to allow users to express themselves more freely without the fear of photos being shared or living online forever.

Snapchat users can take a picture or video, make some edits, add some text and then send it to friends. Then friends have 1-10 seconds to view the photo before it disappears.

Snaps: photos or videos taken on Snapchat
Snapchatters: Snapchat users
Snap story: A series of snaps that link together to tell a story and are available for 24 hours.
Snapstreak: Snapchat keeps track of the number consecutive days friends snap each other. Some kids find this feature somewhat stressful since they don’t want to let their friends down by ending the streak.
Score: A number showing how often someone uses Snapchat - the higher the score, the more they use it (yes, Snapchat is using gamification to hook their followers!)

Despite all the fun, there have been growing concerns regarding sexting, cyberbullying, sexualized content and other issues that have marred the meteoric rise of Snapchat.

A 2017 survey conducted by Common Sense Media showed that 29% of parents expressed concern about their teens’ use of Snapchat. In comparison, only 16% of the respondents were worried about Facebook and a mere 6% about Instagram.

Here are some of the major concerns that you will want to be aware of, along with talking points to discuss with your kids.

Despite a policy that requires users to be 13 years or older, in compliance with the U.S. Children’s Online Privacy Protection Act (COPPA), there is no stopping young children from signing up on the platform with fake birth dates - with or without their parent’s help.

Talking point: Kids need to be ready to handle the pressures, risks, emotions, and unpredictable nature of using social media. Some experts even recommend that teens don’t use Snapchat until 16 years old because of the security risks and graphic content.

Snapchat is built around the idea of disappearing messages and pictures, but that isn’t entirely reliable. Screenshots can easily be saved by the recipient.

Snapchat tries to send a notification to the original sender when a screenshot is taken, but this is not foolproof. In addition to screenshots, photos can easily be taken of the screen itself; and third-party apps exist to allow users to save others' Snaps!

Talking point: Never send a Snap you wouldn’t want everyone to see.

Much like how PC recovery software can bring back files from the dead, there are ways to restore deleted Snaps. Although they require some effort, such methods can be leveraged for inappropriate uses by motivated individuals.

Talking point: There’s never a fool-proof way to wipe out digital footprints. Privacy is almost in direct opposition to the concept of a connected world.

Too many kids and teens are tempted to send mean messages and pictures because they expect them to disappear. Believing that there is no way to document and follow up on bullying encourages such anti-social behavior.

Kids and teens could be a target of harassment - or an instigator.

And if someone is bothering you on Snapchat, you can remove or block them.

Related: 5 Reasons Why Social Media is Not Smart for Middle School Kids

Snapchat is commonly used for sending nude or provocative photos and videos among teens because of the temporary nature of the content. But as noted, images can easily be saved. The pictures could even end up on the wider Internet.

Also, kids and teens can be sent sexually explicit pictures without their consent.

“Remember - when an image is sent, it can never be retrieved, and you will lose control of it. Ask how they would feel if their teachers, parents, or the entire school saw the picture, because that happens all the time.

Talk about peer pressure to send revealing photos. Tell them that no matter how big the social pressure is, the potential social humiliation can be hundreds of times worse.

Teach your children that the buck stops with them. If someone sends them a photo, they should delete it immediately. It’s better to be part of the solution than the problem.”

Sending or possessing nude photos can have serious legal consequences as well.

This feature pinpoints users' exact locations on a map when they share their stories unless they change their settings. Sharing their location online can be an open invitation for trouble from stalkers and predators.

Talking point: Nothing good can come from strangers knowing where you are. Go to settings and select ‘Only Me (Ghost Mode)’ or ‘Select Friend’ to choose specific friends to share your location with.

Snapchat has no clear way to report sexual content and no parental controls, and as such, can be very risky. Users cannot opt-out of content shared through Discover, which can be blatantly sexualized. These problems have landed Snapchat on the National Center on Sexual Exploitation’s Dirty Dozen List 2018. So it is important to have an in-depth conversation on the risks and concerns about its use with your family.

Talking point: Parents can restrict their kids’ access to apps using built-in parental controls for Android from Google and Apple iPhone, iPad, and iPod. Even more importantly, review your family rules and values for using social media. Have regular check-ins about what is happening in their social media world.

Now you know the basics of Snapchat! You are ready to impress your kids in an informed discussion whether they are already using Snapchat - or begging to do so. Using social media wisely and intentionally is a learning process for both parents and kids. Together you can make the best decisions about what works best for your family. 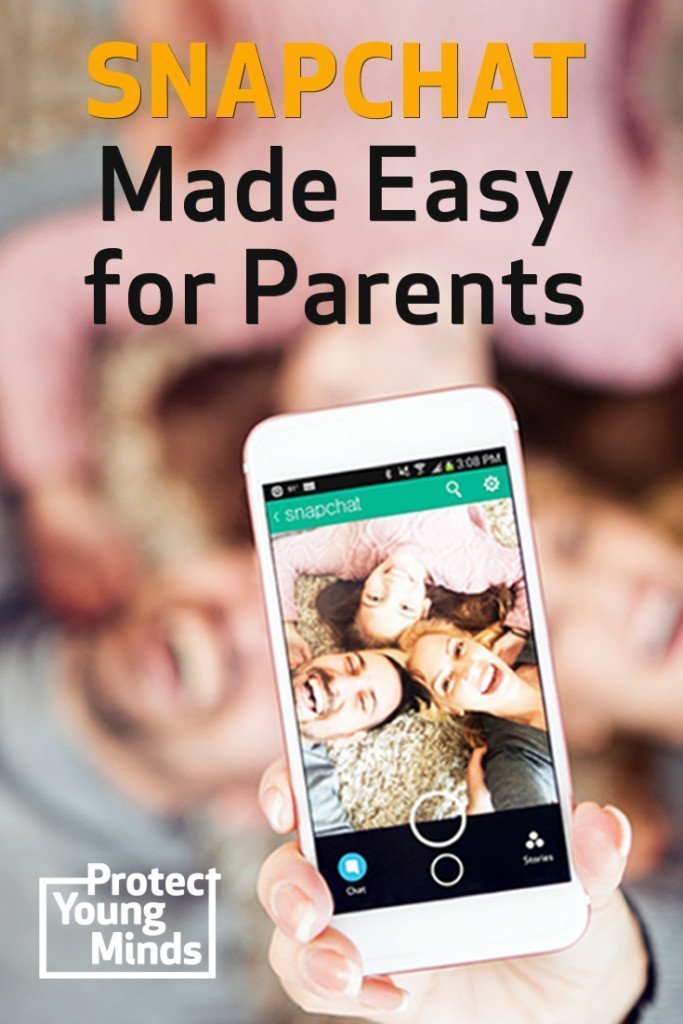 Sandi Lilly is a Mobicip blogger who writes about health and technology, while homeschooling her two children full time. Keep in touch with the latest on parenting, technology and education. Learn more at www.mobicip.com.