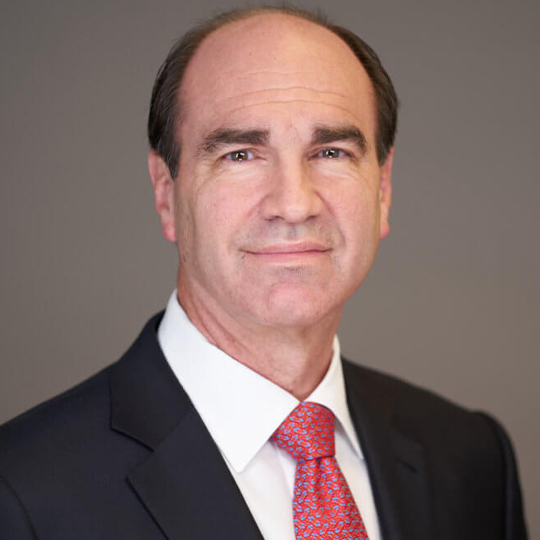 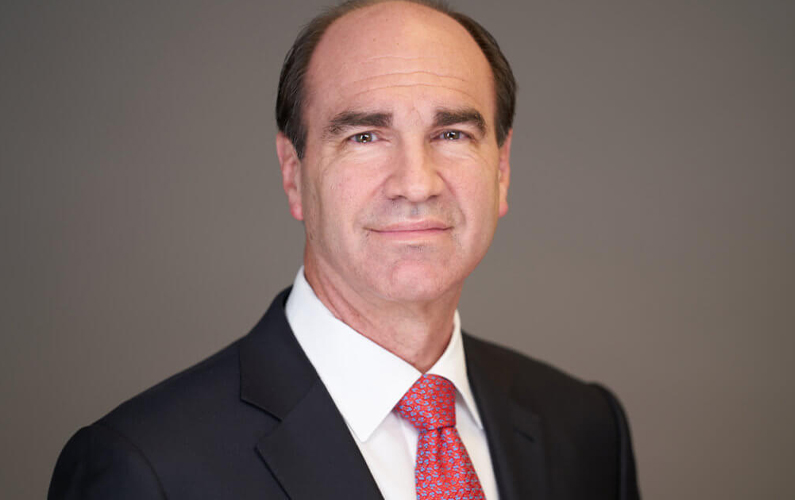 This is an interview by our founder, Kristen Jenson, with Dr. Donald Hilton. Dr. Hilton is a neurosurgeon and a member of our Defend Young Minds Advisory Council (see end of article for full bio). This interview was recorded April 15, 2022. Transcript has been edited for clarity. Watch or read below.

‍KRISTEN: Hey everyone! I’m Kristen Jenson and I am the founder of Defend Young Minds, the author of the Good Pictures Bad Pictures series of read-aloud books, and the Executive Producer of the Brain Defense: Digital Safety curriculum.

Today I am so happy to welcome Dr. Donald Hilton to talk with us today. He is a noted neurosurgeon, he has done a lot of work with academics and teaching, he’s a published author and a noted scholar.

Thank you so much, Dr. Hilton, for being with us today. I know our Defend Young Minds audience is excited to hear what you have to teach us.

‍DR. HILTON: It’s good to be with you, Kristen. Thanks for inviting me.

‍KRISTEN: I’ve known Dr. Hilton for several years and I’m so appreciative of his work. I just wanted to ask you at the beginning–how did you get into this whole thing about pornography? Most neurosurgeons probably aren’t pornography experts as well. So how did that happen?

‍DR. HILTON: I’m a father, a grandfather, a person and I just over a decade ago became convinced that this is the most compelling issue facing our emerging generation today–that is children, adolescents, and emerging adults. It’s simply become the most critically important thing we can do–to arm our young people so that they can understand what they’re facing with regard to the programming that is being done to specifically direct their sexuality–to hijack their sexuality if you will.

‍KRISTEN: Right, we want kids to have freedom. We want kids to understand the programming that’s out there and that’s going on so that they can make good choices themselves.

‍KRISTEN: Let’s start with the part of the brain that is called the ‘reward system’ or the ‘reward center’. Can you tell us what that is and why it’s important?

DR. HILTON: We have a brainstem that is a phylogenetically ancient part of our brain. It’s similar to any other class of lower animals in that it really tells us to just survive. That brainstem powers the rest of the brain with the basic drives.

One of the drive systems that emanates in the brainstem is the dopaminergic system. It sends wires from the area down in the base of our brain (the brainstem) to another area towards the middle of our brain, which is the brain’s reward system. In a sense, dopamine powers the brain with desire.

If that’s the only input we have, we would simply want to seek pleasure–like an amoeba. It doesn’t really have any other function other than to morph towards food particles–things that will help it survive.

With us, we may find that food is pleasurable and so we want to eat. Well, that’s good except that if we don’t eat properly or we eat too much consistently it can affect our health. We can get heart disease and diabetes and other things from eating too much or eating the wrong foods.

You have the dopaminergic systems coming up from the brainstem to the reward area saying, “Fine, if it’s pleasurable just do it.”

DR. HILTON: Even though these foods taste good, we have these frontal cortical areas of our brain (behind the forehead) that are important in judgment. They also send projections down towards this reward area (in the middle of the brain).

Then you have the areas of the cortex–the judgment areas–sending glutaminergic (another brain chemical) input down into the reward area. It’s basically telling the reward system to consider that pleasure may be good, but is it really pleasure in the end? For instance, diabetes is not pleasurable. Can we weigh that up front and decide maybe we can eat and enjoy food, but not let it harm us? Because pleasure can be painful in the end, actually.

That’s really the basics of the reward system. Any reward can be essentially overweighted by our brain, where we teach our brain to weight a certain pleasure at the expense of other pleasures. Food is a good example. For some people it’s alcohol. Some can enjoy a glass of wine at night and others become alcoholics and it completely controls them and alcohol is the only thing they think about.

Any pleasurable sensation can be overweighted. Sexuality certainly can and is today–probably just as much or more than any other pleasure by many people.

‍KRISTEN: And that’s all due to the reward system–that our brain is constantly checking in with and it’s driving us to seek pleasure. Our ‘thinking brain’ is countering that with some brakes, hopefully, to say “You had five chocolate chip cookies, maybe that’s enough.” So it’s this interplay.

Why does our brain need the reward system?

‍KRISTEN: Why do we need the reward system? Can’t we live without it?

‍DR. HILTON: No, we really can’t. The reward system really rewards us for doing things that help us survive–both as an individual organism and also as a species. For instance, without a rewards system we’re not motivated to eat properly or enough. Or to do other things that help us. The dopamine systems of the brain also incentivize us to win a game, to succeed in other things. They make us interested in things that help us to survive. The reward system is essential, but it can be overweighted for specific pleasures at the expense of other pleasures and other judgements that can help us enjoy pleasure more safely.

How does pornography corrupt the brain’s reward system?

‍KRISTEN: So we know it’s important, we kind of know what it does now. How does using pornography corrupt or hijack this reward system? How does it affect the reward system?

‍DR. HILTON: Essentially it scripts the reward system. Instead of sex being an essential drive for us to survive as a species and a garnish that can enhance our lives if used and boundaried properly, it becomes a master where it dominates our lives and becomes the only thing that people think about.

Then it contextualizes sex in porn-scripted ways–not the same sexuality as a married couple who grows together and sexuality enhances their intimacy and their connection. Pornography is essentially sex with strangers or people that they may have just met or know superficially–it’s hookup sex, basically.

And not just that, but in the vast majority of pornographic images and scenes today–up to 88% in some studies–show aggression towards women. Particularly for children, this is a novel experience in sexuality, so they’re seeing anger, domination, male-centric pleasure at the expense of the female, the expense of her desires. So it’s a scripting process–and it’s a novel scripting process because they really haven’t seen sex before. It’s their index experience with sexuality.

‍Related: Fifty Shades of Abuse: 5 Lies Every Girl Needs to Recognize and Reject

A lesson from lab rats

‍KRISTEN: So the reward system becomes weighted for sexual experience, sexual arousal. As kids and adults use pornography, that reward system gains power and control of the rest of the brain. Is that right?

DR. HILTON: It becomes preeminent. Things that are naturally distasteful to a person, or even painful, can become fused to pleasure through sex and through pornography.

Just a brief example, there was a study done a number of years ago with rats in Canada. It’s simplistic, but I think it’s pretty illustrious of what we’re talking about.

For the next part of the experiment, they took the cadaverine out. Then they put a female rat that was sexually receptive in with the male rat. And the male rat mated with the female, which is what we would expect. There was a normal sexual drive.

For the third part of the experiment, they put the female back in the cage. But this time they soaked her fur with cadaverine. Initially, the male rat ran away and tried to avoid this horrible smell. But his sexual drive overcame his distaste for the smell and he ended up mating with the female rat. And every time after that when a sexually receptive female rat was presented to the male rat, she was soaked with cadaverine.

Eventually he came to associate the pleasure of sex with the smell of cadaverine, even though he normally didn’t like it.

I think that’s a pretty powerful illustration of how sexuality can change the template. It can change the sexual script. In fact, the authors of the paper said that for the first time we have found that an unconditionally aversive stimulus can become conditionally appetitive by pairing with a sexual reward.

‍Related: Female Friendly Porn–What It Is and Why It’s Still Harmful

They felt such shame that they were sexually aroused. But, it’s simply the brain sautering two things together with the power of sex. That’s kind of a welding agent.

And that’s one of the problems with pornography. These kids get these scripts and they get desensitized and to the point where they’re aroused by things that they naturally would have been put off by.

Dr. Hilton is nationally recognized for developing the first tubular dilating system, designed to be used collaboratively with a three-dimensional microscope. This system has widely impacted surgical treatment for herniated discs, degenerative joints, and spinal stenosis. In addition, Dr. Hilton is recognized as one of the Best Doctor’s in America for the past 8 years, as well as a Texas Super Doctor. He is a published author of several book chapters, peer-reviewed journals, and his book He Restoreth My Soul. 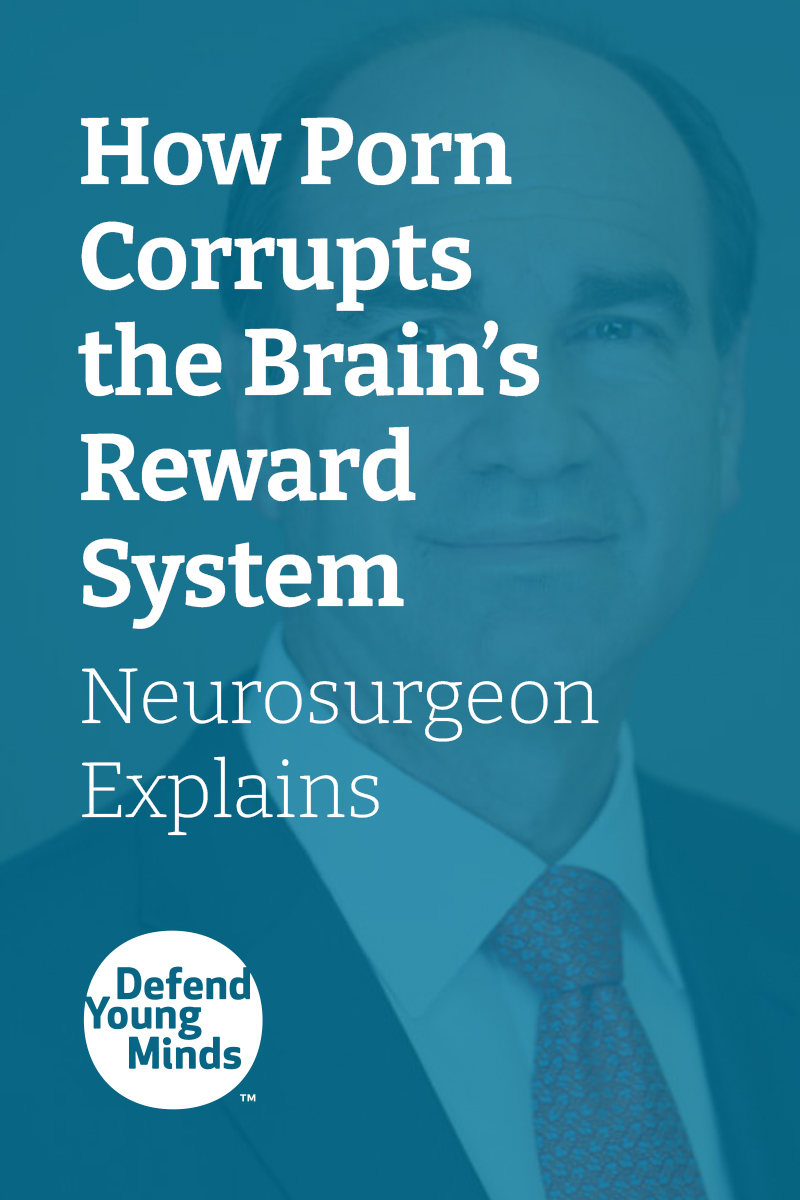