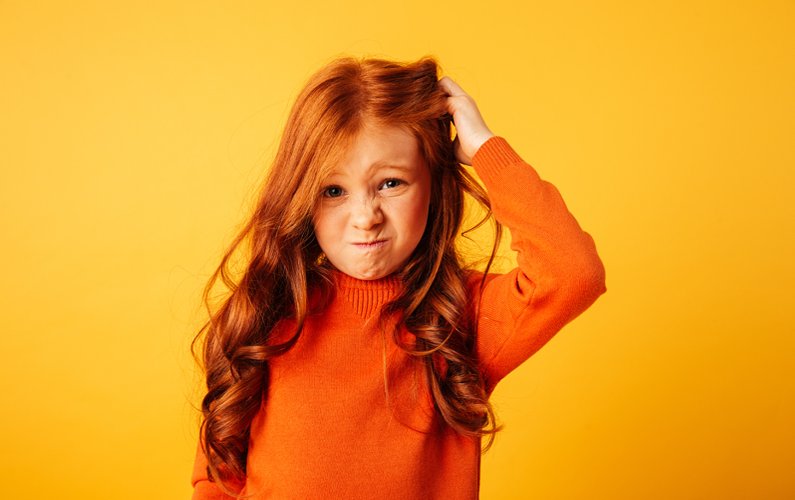 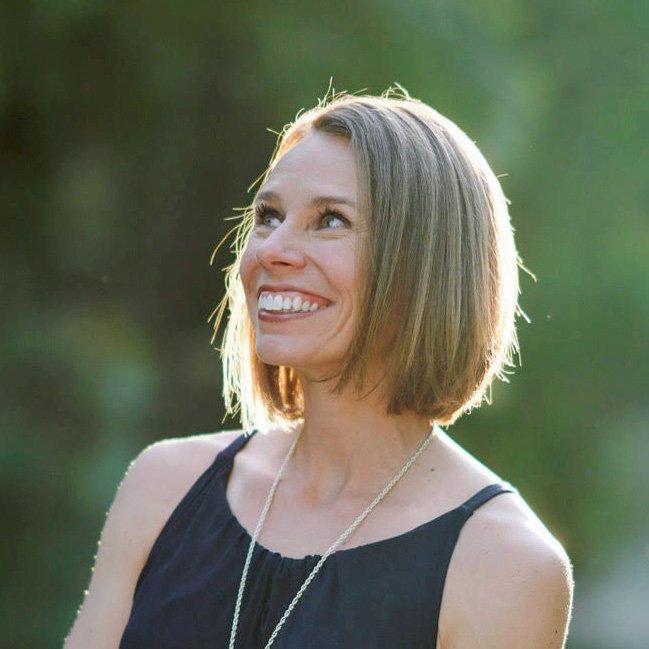 Both of my daughters dance. They have an incredible ability (that I don’t share!) to communicate their emotions and ideas through the power of movement. They practice hours on end at home and the studio to push their bodies to new levels. They celebrate their growth and accomplishments, and I sit in the audience amazed at what they can do.

But it’s also soul-crushing when they compare their bodies to those of another teammate - or to an Instagram photo of a ballerina or contemporary dancer they admire. Their achievements and beauty seem to immediately fade in their own eyes when they are confronted with something they are not, and think they should be.

Comparison is the thief of joy

Unfortunately, my daughters’ reactions to immediately compare instead of celebrate is common. Think of the incredible numbers of images we see daily of women in advertisements, social media, and television/film. How many of them portray women as objects of beauty based on their physical bodies alone? Isn’t the message to be younger, fitter, sexier? Do we celebrate much beyond what is skin-deep? How do we go up against something so pervasive?

This enormity of this issue reminds me of the saying about eating an elephant. How do you do it? One bite at a time.

We may not be able to radically change society’s perception of women overnight, but we can make a measurable difference in our homes, our neighborhoods, and local communities.

We recently asked one of the directors of Beauty Redefined, Lexie Kite, PhD, a few questions to help us promote a different definition of beauty. She and her sister, Lindsey, started their organization to help girls and women improve their body image and self-worth as they wade through harmful cultural ideals.

Beauty Redefined: How to help girls have healthy body image

1. What are the most powerful voices children hear that determine how they see themselves and ultimately define beauty?

The voice of family members

If you say something negative about your body or your looks (or any other woman — celebrity or otherwise), that child near you WILL HEAR. It will negatively affect her view of her own body. She will learn that her value is based on how she looks.

But here’s the kicker: Even if you say something positive about a woman’s body, it can still have a negative impact on your child. She will learn that what is noticed and admired is how a woman looks — herself included.

We can consciously be aware of what we say, and move the conversation beyond appearances. The results are powerful and immediate!

The voice of media

It’s wildly important to help your kids choose appropriate shows and critically consider what they are seeing. Many girls and women are featured on TV, in movies, or in magazines purely as props to be ogled.

In children’s animated movies, female characters are barely represented - and when they are, they are wearing just as little clothing as women in R-rated films. Did you know male characters outnumber females 3:1 (in group scenes it’s 5:1) in kids’ movies? Let’s show our girls media that uplifts them and shows them what they can be.

2. What are some indicators that our children may need us to help develop a new working definition of beauty?

If she uses the “F” Word - “Fat”: If your child calls herself or someone else “fat” in a disparaging way, that is a sign she has learned some harmful messages that some bodies are more valuable than other bodies.

She Uses the “D” Word - Diet: Another indicator of poor body image might be when your child wants to go on a diet or you see that she is restricting food.

3. How does society’s definition of beauty contribute to the anxiety many kids feel today?

When kids grow up surrounded by appearance-obsessed messages such as “Weigh Less, Smile More!!” and “Perfect Your Parts, Perfect Your Life!!” plastered everywhere, those messages rake in billions but get us nowhere closer to real health and happiness. Instead, these messages become so normal — SO unquestioned — that we believe and act as we’re told.

The point here is not to villainize makeup, hair care, or any industry, but to understand the ways these ever-present messages ask us to view ourselves. That view is an outsider’s gaze – from the outside looking in on ourselves. It’s called self-objectification and it’s a normal part of most females’ lives now, whether we know it or not.

What research and real-life experiences make very clear is that when we see ourselves as more than our bodies, we get closer to finding health, fitness, and happiness.

4. How does pornography specifically shape the way we as a society define beauty? What impact does this have on boys? On girls?

We live in a media-driven world that teaches boys and men from a young age that girls and women are, first and foremost, objects of sexual pleasure. This lesson is taught in lots of ways, ranging from the seemingly harmless lack of female characters in TV shows, books, movies, and video games targeted at boys and men, to the most popular pornography saturating the internet.

When female characters rarely have speaking roles or do anything to move the plot forward in media, that sends a clear message that they are primarily valued for the way they appear or for their relationship to men (love interests, most often). When female characters do appear in children's media, they most often resemble the sexualized beauty ideals of the rest of media.

What message could this possibly send to boys other than that girls are valuable for their bodies, but nothing more?

The normalization of pornography and sexual objectification in the media is everywhere. Yet it is largely invisible to people who have slowly become accustomed to seeing idealized female bodies in all states of undress. Women are much more likely than men to be naked or nearly naked in every form of media imaginable. Women are also much more likely to be sexually objectified in violent ways (rape, assault, abuse) in every form of media.

Objectification is dehumanization. As media literacy expert Jean Kilbourne says, "Turning a person into a thing is almost always the first step toward justifying violence against that person."

We can talk to our kids about what they are seeing and why it is wrong.

Related: It’s Awkward and It’s Okay: You CAN Talk to Your Kids about Pornography

Conclusion: We CAN raise girls who love themselves - the whole package

As we watch what we say about women, and call out all the harmful media messages surrounding our girls, they will learn to respect their bodies as instruments that can do amazing things! We can help them re-frame their self-image and reclaim their power. That benefits everyone, girls and boys, men and women! 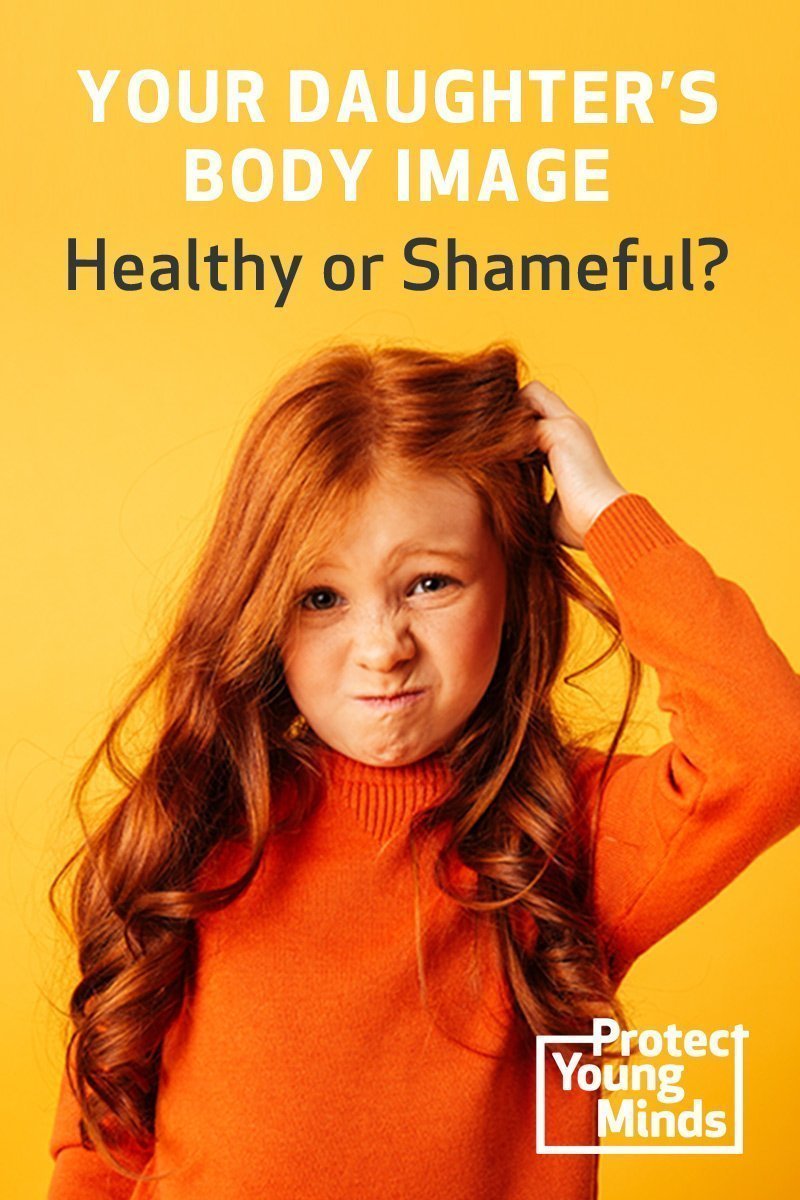 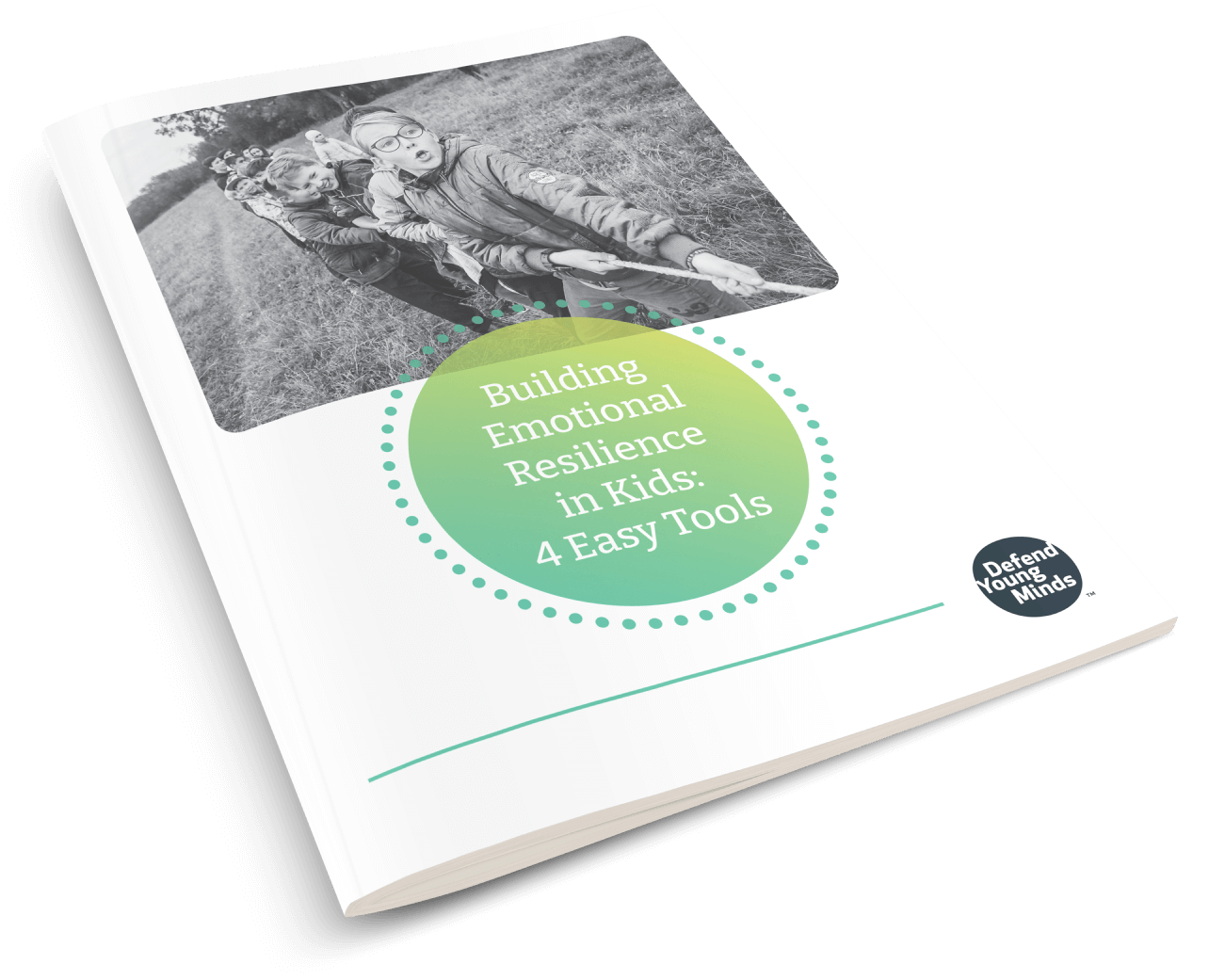 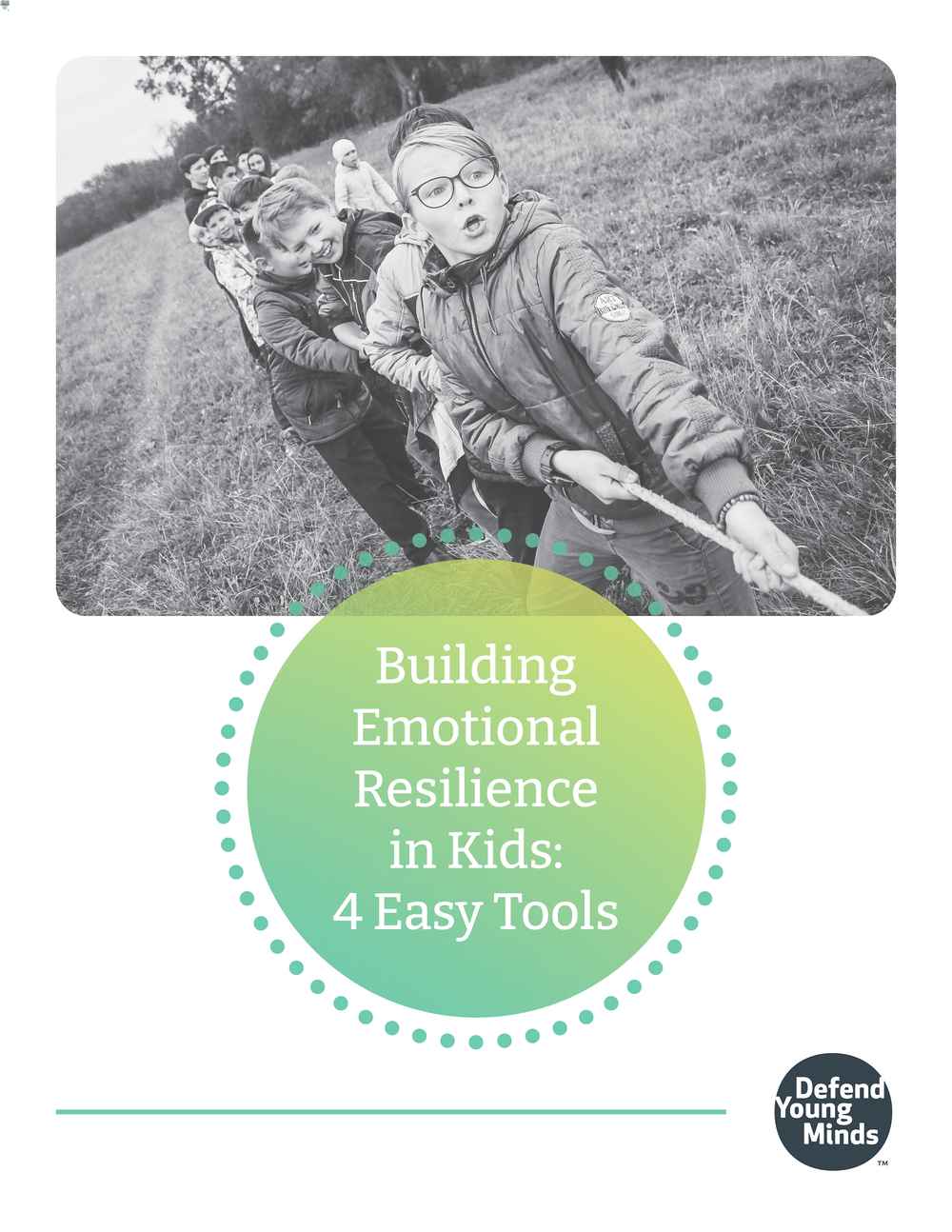 Jen Ferguson is a wife, author, and speaker who is passionate about helping couples thrive in their marriages. She and her husband, Craig, have shared their own hard story in their book, Pure Eyes, Clean Heart: A Couple’s Journey to Freedom from Pornography. Jen is also a mama to two girls and two high-maintenance dogs, which is probably why she runs. A lot. Even in the Texas heat.