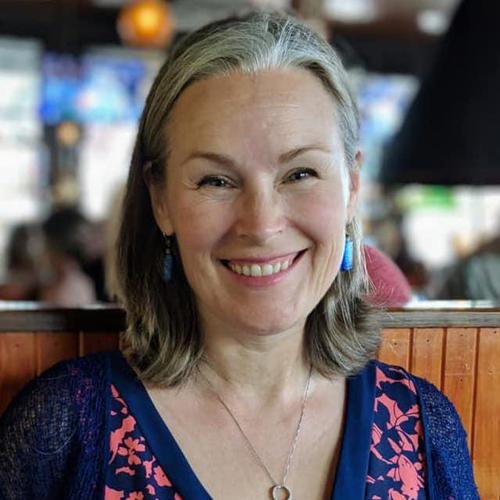 This is a guest article from Staci Sprout, a licensed psychotherapist specializing in helping individuals, groups and couples recover from sex, love and relationship addictions. (See full bio below).

When I was eight years old, Nancy Drew was my hero. After reading my first Nancy Drew Mystery, I decided I wanted to be a detective just like her when I grew up. I loved to sit cross-legged on the orange carpet in front of our monster floor TV to watch her escape from danger and solve devious crimes that stumped even the grownups.

One day, while no one was around, I embarked on a sleuthing adventure in my parents’ bedroom. I routinely searched the house when the opportunity struck, looking for hidden clues, change left in coat pockets, and other treats. This time I found one, but I didn’t yet know it was a trick in disguise. In my dad’s top dresser drawer, under his folded white-and-navy socks, I uncovered a Playboy magazine with my heroine, Nancy Drew, on the cover. Wearing a partially open khaki trench coat, her bare thigh poked out of the opening, hinting of nothing underneath. Her face was heavily made up and she held a magnifying glass. My small fingers trembled as I opened the cover to search the glossy pages within.

At eight years old, I believed it really was Nancy Drew in the pictures that greeted me, and that she was posing naked, looking even more glamorous than on TV. I didn’t understand the difference between the fictional character and Pamela Sue Martin, the actress who played her. I was fooled into thinking that Nancy Drew, whose cleverness and bravery I loved, also liked to model without any clothes for anyone to see. I was shocked that her nude body was so compelling, even my dad kept pictures of her—and not my mom—hidden in his dresser drawer. I knew I shouldn’t tell anyone; dad’s secret was safe with me. But as I carefully replaced the magazine under his socks, I felt a heavy sensation crawl over me and take root inside, mingling with the excited tingling that seeing the pictures had evoked. Years later I would learn how to describe that shadowy feeling: shame. Unable to understand the significance of what happened, I came to associate sexual arousal with a subtle and persistent sense of dread.

As I found and viewed my role model naked, my naïve mind internalized several new beliefs that have taken me decades to recognize were there, and even longer to de-program. Most of these beliefs sprung from lies, but they took hold nonetheless. The magazine cover read “TV’s Nancy Drew Undraped,” not “Actress Pamela Sue Martin, Who-Quit-the-Nancy-Drew-Show-in-Frustration-Because-Her-Screen-Time-Was-Cut-in-Favor-of-the-Hardy-Boys, and Poses Without Her Clothes for Money and Attention.”

The painstaking effort it has taken to heal from these harmful lies has shown me what is most valuable and worth fighting for. It’s the thing Nancy Drew – the REAL Nancy Drew – has in abundance: integrity and strength of character.

When I ask women who told them the lies that took toxic root in their inner garden of meaning about who they are sexually, I hear the same culprit, over and over: pornography.

Sure, it’s also the absence of sex ed, harmful family and cultural messages, abuse experiences, and bullies at school.

But do you know something that keeps me from sailing off into the sunset?

What is happening to them now, I worry, when the images they first see are brutal rapes accompanied by violent and degrading verbal abuse, that they are told defines sex? Who does that tell them they should become sexually, and should want to become – particularly when the boys they may be attracted to seem so completely captivated by pornography?

Pornography is a toxic influence on girls’ and women’s identity formation--giving harmful answers to the questions all girls ask of Who am I sexually? and How Do I want to be seen sexually? Girls and women can internalize the contemptuous, misogynist pornographer’s gaze as their own – and suffer chronic hateful sexual self-objectification as a result.

[Pornography] portrays sex as an encounter predicated on submission and domination…in a fantasy world where women are always ready for sex, enjoy all types of sexual activity, including aggressive and degrading acts. -Meghan Donevan‍

Real women having real sex are not like that.

This desensitization through sexual objectification interferes with empathy and understanding, and normalizes using images of strangers – no matter what they are actually going through when recorded or live – for self-centered sexual entertainment. Reducing others to objects rather than fellow humans becomes easier when the mind is conditioned to do so through porn’s objectifying lens.

Girls and women who internalize these scenes as arousing fantasies can escalate them to actual behaviors when such fantasies are “acted out” in the real world. This can lead to dehumanization from hookups for sex that can feel like or result in actual rape, public exhibitionism that leads to an indecency arrest, or unsafe sex that results in an unplanned pregnancy or sexually transmitted infections, among other painful consequences.‍

If girls buy into the message that their value comes only or mostly from sex, they will not be motivated to engage the disciplines of self-reflection, braving vulnerability with partners, living their visions, and making a difference through service. Easy attention, easy sex, and easy money are the false promises to girls and women who trade seduction and sex, but the actual results of doing so are painfully clear – girls and women need more meaningful experiences to have lasting sexual self-esteem.

Women also experience far fewer orgasms from hookup sex than heart-centered sex in a secure relationship. Porn’s emphasis on novelty, risk, and orgasm don’t turn out to be in sync with the authentic sexual rhythms of women’s nervous systems, which respond to feeling safe as the doorway to healthy sexual contact.

Three things parents can do to empower their daughters

Start having conversations with your daughter early with

2. Help her learn to not objectify herself

Our culture is full of toxic media messages teaching unhealthy attitudes towards women’s bodies--to the point where women objectify themselves (and other women), finding great value in our outward appearance. That’s why it’s more important than ever that we’re directly teaching our daughters healthy body image. Teach your daughter where her value really lies and that her body is not to be objectified (by herself or anyone else!), but to be an instrument for her to do amazing things in her life.

3. Empower her with dating discernment skills.

‍Parents through generations have learned the hard way that telling their daughters who to date (or who not to date) usually backfires. But as your daughter enters dating age, you can empower her with dating discernment skills. These skills include

Staci Sprout, LICSW, CSAT is a licensed psychotherapist from Seattle with twenty-six years of experience as a therapist and social worker in a variety of settings from community mental health and hospitals to private clinical practice. Since 2006, she has dedicated her practice to helping individuals, groups and couples in recovery from sex, love and relationship addictions. She conducts trainings on sexual ethics for professionals and is an experienced conference and public speaker. She wrote a book about her own recovery titled Naked in Public: A Memoir of Recovery from Sex Addiction and OtherTemporary Insanities. You can find her video series on her YouTube channel, called Sex Addiction in the News. She also created an online training and consultation community focused on Best Practices for Treating Women with Love, Sex and Relationship Addictions. More information available at www.stacisprout.com. 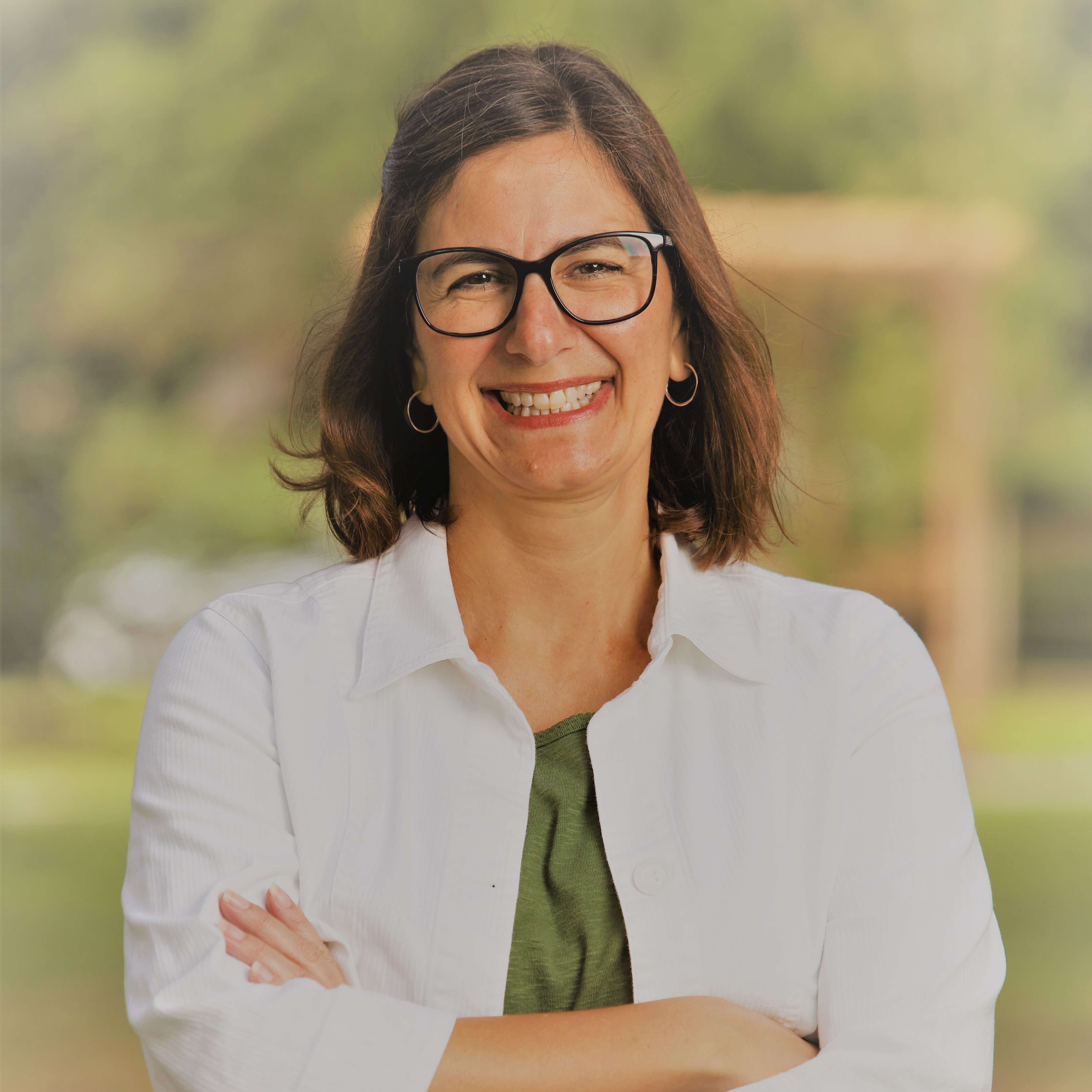