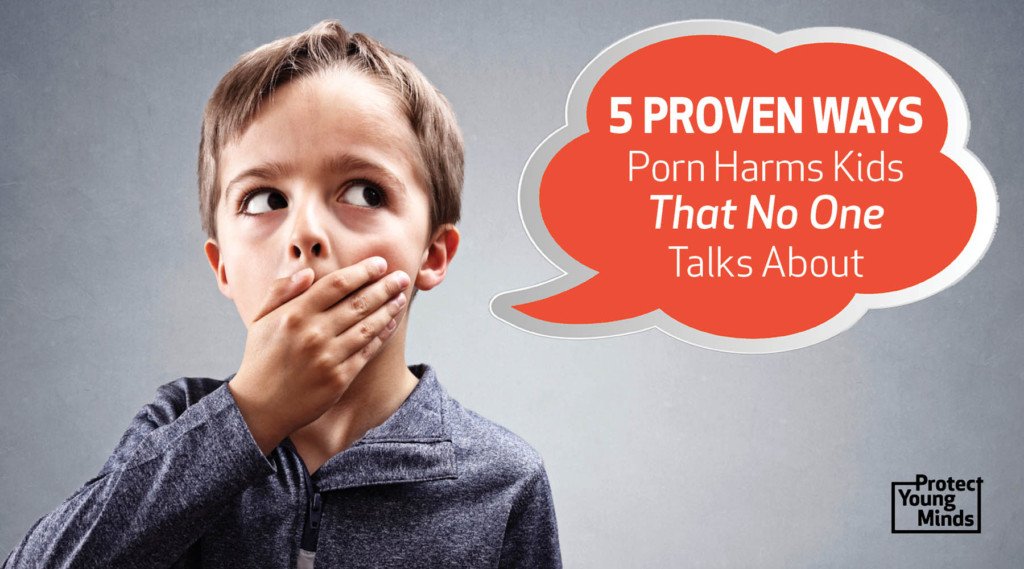 The next morning I felt an intense urgency to warn young children about the dangers of pornography and started to write Good Pictures Bad Pictures: Porn-Proofing Today’s Young Kids. This read aloud book became an instant Amazon best-seller and remains so to this day.

Since that fateful phone conversation, I’ve heard countless stories of children being pulled into pornography. And these kids are not neglected or from dysfunctional homes!

The story of a young girl in my town is typical. When she turned 8 years old, her caring and conscientious mom explained sex to her. Then, as a birthday gift, gave her an internet enabled iPod Touch.

This inquisitive girl imitated what she had seen the adults in her life do—she searched for answers online! After entering the word “SEX” into a search engine, she began watching the most horrific pornography imaginable. And it changed her. Once a happy social girl, she became withdrawn and depressed. After several months, her mom was devastated to discover what her young daughter had been consuming for months.

But it’s easy to see how this scenario has become a common occurrence.

So what’s the big deal about pornography? It harms kids!

The authors of So Sexy So Soon: The New Sexualized Childhood and What Parents Can Do to Protect Their Kids explain that “the model in the popular culture of desirable female sexuality today comes straight from pornography…Porn stars and call girls write bestsellers. From a young age, girls are encouraged to dress and act like hookers and strippers…”

But you may not have realized that the early sexualization of kids has a profit motive.

Sexual Dysfunction: Research shows that over-exposure to pornography during the latent years between 6 and 12, during the period of time when they should be channeling their energy to non-sexual development, were at higher risk of developing dysfunctional sexual health attitudes and behaviors.

What you CAN DO

It cannot be right that so many children may be stumbling across and learning about sex from degrading and violent depictions of it.

Even non-explicit, sexualized media predicts earlier sexual activity among teens: Dr. Michael Flood from the University of Wollongong in Australia created a report for the Australian government earlier this spring. He reports: “three recent large-scale longitudinal studies document that exposure to non explicit sexual content on television and in other media frequently used by adolescents predicts earlier initiation of sexual behaviors, including intercourse”

Given that pornography is primarily violent and extreme, this finding is concerning.

There is consistent evidence that exposure to pornography is related to male sexual aggression against girls and women. In a recent longitudinal study of U.S. youth aged 10 to 15, with three waves of data over three years, individuals who intentionally consumed violent X-rated materials were over six times as likely as others to engage in sexually aggressive behavior.

If children did not disclose on the same day, the chance of ever talking to anyone before adulthood went down substantially.

Overall, 31% of participants have NEVER talked about their childhood exposure to pornography.

Check out these troubling statistics: